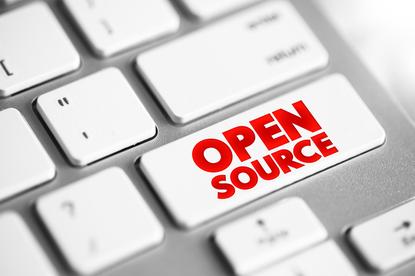 The guide, a product of the OpenSSF Best Practices Working Group, focuses on dependency management and supply chain security for npm and covers various areas such as how to set up a secure CI configuration, how to avoid dependency confusion, and how to limit the consequences of a hijacked dependency.

The release comes as developers increasingly share and use dependencies which, while contributing to faster development and innovation, can also introduce risks.

In a blog post, OpenSSF contributors wrote that, although the benefits of using open source dependencies often outweigh the downsides, the incurred risks can be significant.

“A simple dependency update can break a dependent project. Furthermore, like any other piece of software, dependencies can have vulnerabilities or be hijacked, affecting the projects that use them,” they added.

David A. Wheeler, director of open source supply chain security at the Linux Foundation, tells CSO the biggest security risk posed by developers’ use of open source dependencies is underestimating the effects that vulnerabilities in both direct and indirect dependencies can have.

“Flaws can crop up in any software, which can significantly impact the supply chain that uses it if care is not taken. Too often, many of the dependencies are invisible and neither developers nor organisations see all the layers to the stack. The solution isn’t to stop reusing software; the solution is to reuse software wisely and to be prepared to update components when vulnerabilities are found.”

However, developing an effective dependency security strategy can be challenging as it involves a different set of problems than most developers are familiar with solving, the blog read.

The npm Best Practices guide is designed to aid developers and organisations facing such problems so they can consume dependencies more confidently and securely. It provides an overview of supply chain security features available in npm, describes the risks associated with using dependencies, and lays out advice for reducing risks at different project stages.

The guide focuses largely on dependency management, detailing steps developers can take to help mitigate potential threats. For example, the first step to using a dependency is to study its origin, trustworthiness, and security posture, the guide states.

It advises developers to look out for typo-squatting attacks, when an attacker creates an official-looking package name to trick users into installing rogue packages, by identifying the GitHub repository of the package and assessing its trustworthiness (number of contributors, stars, etc.).

Upon identifying a GitHub project of interest, developers should identify the corresponding package name and use OpenSSF Security Scorecards to learn about the current security posture of the dependency, the guide adds.

Reproducible installation can ensure that exact copies of dependencies are used each time a package is installed, which offers security benefits, the guide reads. These include quick identification of potential network compromises should a dependency have vulnerabilities, mitigation of threats such as malicious dependencies, and detection of package corruptions.

Developers should also use a lockfile, which implements hash pinning using cryptographic hashes, the guide added.

Ongoing maintenance of dependencies is important, too, with periodic updates in line with the disclosure and patching of new vulnerabilities key.

“In order to manage your dependencies, use a tool such as dependabot or renovatebot. These tools submit merge requests that you may review and merge into the default branch,” the guide read. To remove dependencies, developers should periodically run npm-prune and submit a merge request, it adds.