Founder Mohit Aron meanwhile will move to chief technology and product officer and keep his Board position. 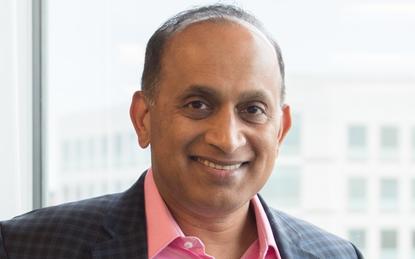 In a statement from Poonen, the newly-crowned CEO said that he plans to work with Cohesity’s partner-base in the role, which includes application independent software vendors (ISV), systems integrators (SI) and value-added resellers (VAR), in addition to corporate investors.

“Over the next few months, I plan to spend a significant amount of time meeting with all of you, listening to what you love about Cohesity, and where we can serve you better,” he said.

Poonen also said in a separate blog post that he joined the company for five reasons – the people on the board of directors, Cohesity’s product base, its customers, its partners and the opportunity presented by security, cloud and data management.

His previous posting at VMware lasted for eight years and ended in 2021, after which he took a year-long sabbatical. Prior to his last position, he has also held top level roles at SAP, Symantec, Informatica Corporation and was a software engineer at Apple and Microsoft.

While at the virtualisation vendor, he sat on the boards of Dell Boomi, Infor, Docusign and Zoom. He currently sits on the boards of Philips and Snyk and is an investor affiliate at Webb Investment Network.

Meanwhile, Aron will take up the role of chief technology and product officer, leading the company’s research and development (R&D), support and services, as well as the office of the CTO. He will also remain on the board of directors.

“As we scale, it is important to me to have a tighter focus on where I spend my time to have the greatest impact,” Aron said.

“I approached the Board with the goal of finding a seasoned and proven executive that I could partner with to achieve our ambitious goals. I’m excited to work with Sanjay as we continue to grow and disrupt the US$25 billion data management market.

“I’ll continue to work closely with our customers and partners to further drive Cohesity’s technology and product leadership forward as we combat ransomware, eliminate data fragmentation and simplify data management in the hybrid and multicloud world.”

Gaurav Garg, chairman of Cohesity’s board, said that Sanjay is “ideally suited” to be the vendor’s next CEO.

“He is one of the software industry’s most successful and respected executives, has an incredible track record of driving growth and operational excellence, is passionate about customers and partners, strongly believes in company culture, and is focused on delivering best-in-class innovation,” Garg said.

“Mohit helped lead the development of the Google file system, co-founded the industry’s premier hyperconverged infrastructure company and, at Cohesity, created the leader in next gen data management. With Sanjay and Mohit, along with the rest of the seasoned leadership team, Cohesity will continue to drive innovation and solve our customer’s most critical data management and security challenges for years to come.”