5G, Internet of Things and video-streaming demand, as well as growing data volumes, are helping to drive a move toward the edge, according to a new report from ResearchAndMarkets.com. 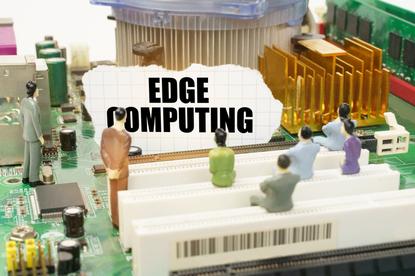 The market for edge data centre services and equipment will grow at a compound annual rate of 17 per cent over the next five years, propelling the total size of the market above $18 billion by 2026, according to a report from Ireland-based analytics firm ResearchAndMarkets.com.

Edge data centres, which the report defined as “small data centres located close to the edge of a network” — that is, closer to the end-user than the public cloud — are currently a $9.3 billion global market, the researchers said, which they predict will nearly double in size in the next half-decade.

That growth is being driven largely by 5G, IoT and video-streaming demand, according to the report — all of which are services that tend to require lower latency. Shorter round-trips for connections to data centres placed closer to the end user can deliver that lower latency much more easily than services that have to connect to a public cloud.

“In edge applications of data centres, the fast paced advances being witnessed in the areas of 5G, IoT and IoE are expected to enable movement of computing towards the network edge for achieving better latencies, which will further drive the emergence of new small scale edge data centres around the world,” ResearchAndMarkets.com said in an announcement.

Geographically speaking, the largest market for edge data centres is the US, which is likely to remain the case throughout the forecasted period. Some of the fastest growth, however, will be seen in countries like China, Japan and Canada, according to the researchers, who predict CAGR of 17.8 per cent, 14.9 per cent and 14.7 per cent, respectively.

“North America dominates the global edge computing market, owing to the rising technology acceptance and adequate presence of large market players and startup firms in developed countries, such as the US,” the company said in its announcement.

“In addition, high disposable income of consumers is anticipated to allow the region to maintain its dominance in the global market for over the coming years.”

That trend will also be seen in much of the Asia-Pacific region, where growing disposable incomes and an increasing demand for edge-dependent products like electric vehicles, smart home gadgetry and fitness trackers will create a “digital boom,” according to the researchers.