After first suspending operations in March 2022, the networking giant has formally announced it will be quitting Russia. 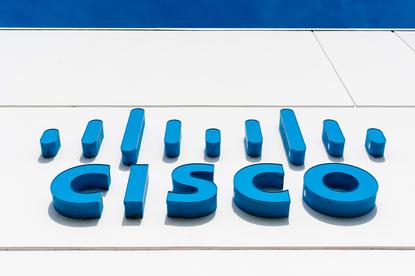 Cisco has announced plans to formally exit Russia, winding down its business operations in Russia and Belarus in response to the invasion of Ukraine earlier this year.

The networking vendor first made a statement on March 3, declaring that it would be halting all business operations in Russia and Belarus "for the foreseeable future."

On Thursday the company released another statement, noting that it had continued to "closely monitor" the war in Ukraine and as a result, a decision had been made to "begin an orderly wind-down of our business in Russia and Belarus."

"Cisco remains committed to using all its resources to help our employees, the institutions and people of Ukraine, and our customers and partners during this challenging time," the statement said.

On an earnings call in April, Cisco’s CFO Scott Herren told analysts that historically, Russia, Belarus and Ukraine collectively have represented approximately one per cent of the company’s total revenue.

However, he noted that the decision to stop business operations in both Russia and Belarus did have a negative impact on revenue, costing the company "approximately $200 million or two percentage points of growth."

What are other companies doing?

In the days after Russia’s initial invasion, a long list of Western technology companies suspending operations in Russia began to grow.

SAP and Oracle were two of the first tech organisations to publicly pull out of the country after Ukrainian vice prime minister Mykhailo Fedorov publicly posted letters to appeal to both companies on Twitter.

In early March, Microsoft also announced it would suspend new sales of Microsoft products in Russia, "in compliance with governmental sanctions decisions."

However, at the time, the statement was criticised by Ukrainian vice prime minister Mykhailo Fedorov, who said that simply suspending sales in Russia did not go far enough and that the company should block access to its products.

This week, Russian news agency TASS reported that attempts to install Windows 10 and Windows 11 in Russia had been blocked. Microsoft has yet to make any comment as to whether this is a technical error or part of the company’s plan to further withdraw from Russia.