Microsoft is ready to leave Windows 8 behind, just like everyone else

Windows 8.1 support will officially end next year, with notifications starting in July. 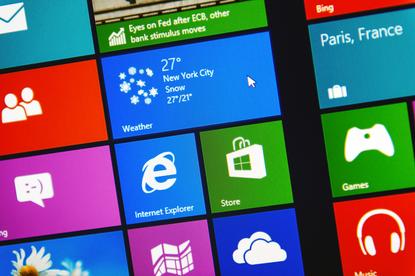 Windows releases have a lot in common with Star Trek movies: they seem to alternate in terms of reception. Windows 7 was generally well-regarded at launch back in '09, as was Windows 10 in 2015.

Windows 8, the awkward middle child that tried some huge user interface changes in 2012, was not. Windows 8.1, the last major update to the OS, will officially end support early next year. And Microsoft can't wait to tell you about it.

As The Verge reports, anyone still using Windows 8.1 will get notifications about the end of software updates sometime next month. They'll have until January 10th to find a new operating system, or face the web without any backup in the way of security updates.

It might be an awkward transition: PCs still running Windows 8.1 might not be able to meet the minimum requirements of Windows 11, as Microsoft fully admits in another support document. The company is still selling Windows 10, which is notably less picky about low-powered hardware (and needs no Trusted Platform Module), but which will officially end its support life in 2025.

Windows 8 was immediately divisive when it launched, mostly because of the radical Metro user interface departure that borrowed heavily from Windows Phone, emphasising touchscreen functionality long before most users were ready to embrace it on PC.

Microsoft was attempting to create a unified system that integrated both conventional desktop applications and mobile apps, and it didn't work. Windows 8.1 was a sizeable patch released the following year meant to address some of these issues, notably a more flexible home screen with easier access to the more conventional Windows desktop.

But by then public opinion had soured, and huge amounts of users had resolved to stick with Windows 7. Windows 8 technically ended support way back in 2016, as Microsoft pushed people to apply the 8.1 functionality and security patches.

As of February 2022, StatCounter reports that Windows 8 and Windows 8.1 combine for just 4.42 per cent of worldwide Windows users. The older Windows 7, which ended support more than two years ago, still has almost three times as many users.

While not quite as big a blunder, Windows 11 is drawing comparisons to 8 as users hesitate to upgrade. It's currently holding just over 10 per cent of the user base slightly less than Windows 7. Ouch.