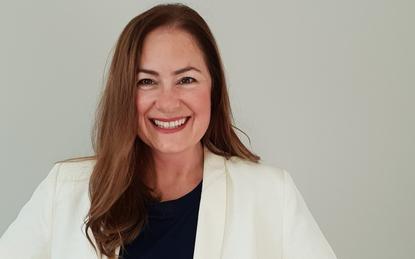 Balancing the pace of change in the technology industry with professional and managed services is creating a new delivery model in the market that stems beyond project-based service level agreements (SLAs).

This is according to Just Analytics co-founder Shwetank Sheel, who was recently in Sydney.

Just Analytics was acquired by Rackspace Technology in January and the integration between the two was completed in April, with both teams coming together across Singapore, Vietnam, the Philippines and Australia.

REE was launched in April last year and features “pods” at the core of the framework. These pods are groups of nine architects and engineers focused on cloud engineering and create a stickiness with customers as they work the same ‘pod’ familiar with their environment allowing them to deliver best practices-led, engineering and operations services.

“How do you balance the managed service with a professional service and provide the professional services for new technologies? New things are happening at a rate that you cannot make everything a project and that’s where this offering around elastic engineering comes into play,” Sheel said.

“From a product perspective, we’re trying to bring together the best of both worlds in data tightly integrating with security, especially if that data is considered to be valuable.

“Technology is changing very quickly, so how do you go from the old managed services approach with an SLA saying you’ll repeat and do the same thing? There are new ways of processing with analytics or exposing the interchange of data with different entities, which requires new ways of securing data.”

Sheel pointed out the key aspect about data was having a good understanding of the domain.

“Data doesn't mean only reports or AI models, it also means plugging back into core applications enabling frontline workers. There's a struggle of democratising data, which means it has to go where the people are using it,” he said.

Rackspace Technology Australia and New Zealand managing director Angeline Maronese said REE and the professional services model has resonated well in the market because there’s a clear gap. In Australia, the REE framework has been growing so much so, it’s outpacing the rest of the global market.

“We bring the same service model to our core pillars in security, data and cloud native development, delivering those services in a really agile, innovative and adaptable way that works within a customer's organisation,” she said. “We take accountability, we deliver outcomes and we bring IP to the table. It’s a composite of skills.”

Some of the assets deriving from the Rackspace acquisition favouring Just Analytics include the reach into a number of different industries and being able to have a more prescribed discussion with certain sectors, Sheel pointed out.

“Every processor in mining, there’s telemetry collected from an IoT [internet of things] perspective. In retail, they’re connected by customers who walk in, what they’re buying and not buying,” he said.

“In every industry you've got a fair bit of a gap between the leaders who are doing great things with data and the ones who are laggards and we want to try to bridge that gap.

“When we talk to customers, we can be more contextual, which gives them more confidence in the fact that what we're talking about is possible and not an abstract example. In a sense, it is a combination of go-to-market and IP that we have internally for certain industries based on work history.”

Maronese said Rackspace has packaged some initial exploratory, design and pilot workshops based on specific use cases depending on the industry. Some of the most dominant industries for the business include financial services, independent software vendors (ISV), retail, manufacturing and the resources sector - particularly with the addition of its data capabilities.

She said while the government sector is not area it is heavily represented in, it was making some strategic moves.

“We’re really willing to grow and there are opportunities as new solutions and use cases come up,” Maronese added. “How we go to market is very much industry-led use cases and there’s a lot of things that transition across industries, like the skills gap is across every industry.”