With its new Native Application Framework, Snowflake offers developers the ability to build and run apps on a common cloud-based data platform and leverage its Data Marketplace to monetise those apps. 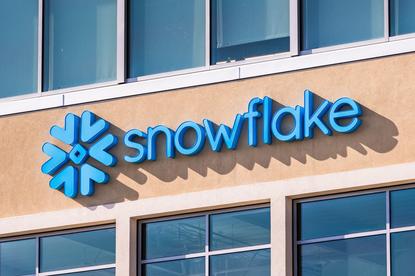 Cloud-based data warehouse company Snowflake is switching gears. Launched in 2014 with a focus on disrupting the traditional data warehouse market and big data analytics, the vendor is turning its attention toward application development.

At its annual Snowflake Summit, the company announced its Native Application Framework, which offers the ability to build and run applications inside its Data Cloud platform.

The application framework, currently in private preview, allows developers to build applications and monetise them on Snowflake's Data Marketplace, said Chris Child, senior director of product development at Snowflake. Users of these applications can install and run them directly inside their Snowflake instances, he added.

"We're sort of evolving from a data warehouse to a data platform to a data cloud. And now we want to evolve that from a data cloud to really an application cloud," said Chris Child, senior director of product development at Snowflake.

About four years ago, with growing demand for analytics and the evolution of analytics-related architecture — such as separation of compute and storage — the company doubled its focus on making data collaboration easier within companies. That led Snowflake to recast its data warehouse, which evolved into its Data Cloud platform in 2019.

Continued attempts to ease data sharing and collaboration resulted in the company's Data Marketplace. The marketplace enables data sharing within organisations, and also allows them to give other companies access to that data, charging them for usage.

In March this year, the company launched two industry-specific data clouds, for the healthcare and retail sectors, with the intention of easing the way companies in those areas can share and monetise data sets.

Now, the rationale behind launching the Native Application Framework is reducing the time and effort needed to move data when building and running applications, said Tony Baer, principal analyst at dbInsights.

This also means that developers will be able to build and run apps under the common Snowflake runtime, security, and governance umbrella, Baer added.

In addition to offering Snowflake functionality such as stored procedures, user-defined functions (UDFs) and user-defined table functions (UDTFs) for developers, Snowflake will add integration with open source app framework Streamlit. The integration is meant to help develop interactive customer interfaces, as well as telemetry features such as events monitoring and alerts for troubleshooting.

These features, according to Child, are still under development.

Several companies, including Capital One, LiveRamp and Informatica, have already used the Native Application Framework to build applications, Snowflake said.

The Snowflake Google Analytics and ServiceNow Connectors, both of which are in private preview, were also built using the Native Application Framework, Child said, adding that the Service Now Connector helps accelerate service desk ticket response.

The revenue-sharing agreement for applications shared through the marketplace stands at 10 per cent of the transaction value.

"As dollar numbers get larger, then we'll have to have sort of like a grading scale. So, currently it starts at 10 per cent, which is what we started with data sharing as well. And we will evolve it based on the use cases over time," said Christian Kleinerman, senior vice president of product at Snowflake.

As organisations look to cut down time needed for application development, there is a need to solve the challenge of siloed transactional and analytical data, which in turn creates complexities when data has to be moved between systems.

Called Unistore, and currently in private preview, the system is designed to allow development teams to expand the Data Cloud to include transactional use cases such as application-state and data serving, the company said.

In order to help Unistore build transactional applications, Snowflake is introducing a new capability called Hybrid Tables, which is also in private preview.

Hybrid Tables offer fast single-row operations and allows customers to build transactional business applications directly on Snowflake, the company said, adding that the new tool will also allow customers to perform analytics on transactional data for immediate context, and join Hybrid Tables with existing Snowflake Tables for a holistic view across all data.

Adobe is one of the early adopters of Unistore, Kleinerman said, adding that the company has been using the private preview of Hybrid Tables for its Adobe Campaigns application.

The strategy behind the inclusion of more analytical workloads onto the Snowflake Data Cloud, according to Baer, is to solidify its position as the preferred destination platform for transaction processing use cases, embedding operational analytics, and not to compete head on with MySQL, Oracle, or SQL Server for pure OLTP (online transaction processing) applications.

"From that standpoint, it is the mirror image of MongoDB, which is slowly adding analytics to its operational database. The goal is the same, but both players are coming at it from different starting points," Baer said.

The other difference, according to Baer, is that Snowflake is further along in being able to embed operational analytics into transactions compared to MongoDB, where for now the process is still more primitive.

"This is a bold announcement whereby Snowflake is bidding for customers to bring more transactional data into applications in order run a broader set of applications on Snowflake while taking advantage of the Snowflake Data Marketplace to monetise those applications," Henschen said.