How will Broadcom and VMware move enterprise networking forward?

Broadcom’s intended acquisition of VMware might open a variety of enterprise and telco opportunities for VMware — if it is given the opportunity to further develop technologies such as 5G and networking tools. 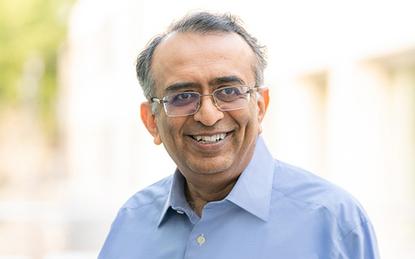 Broadcom's planned acquisition of VMware might open opportunities to reach enterprise and telco companies alike with innovative technology. The question is whether Broadcom will give VMware the opportunity to further develop technologies such as 5G and a variety of new networking tools.

Semiconductor manufacturer and infrastructure software vendor Broadcom confirmed Thursday that it has reached an agreement to buy VMware in a deal worth roughly $61 billion in stock and cash, subject to customary closing conditions, including regulatory and shareholder approval.

The merger agreement provides for a "go-shop" provision under which VMware may consider alternative proposals from other parties for a period ending on July 5, but if there are no unforeseen hurdles in the path to completion of the deal, it is expected to close by the end of January 2023.

As part of the deal, Broadcom Software Group will become part and parcel of a VMware-branded business unit. The group has the potential to develop enterprise and telco technologies that could broaden its appeal to users in both sectors, experts say.

In the software vein, one of VMware's overarching goals this year was to make all of its major products available as subscription or SaaS offerings.

VMware's roots are in software and how they move virtualisation, NFV (network functions virtualisation), NSX and their other core software technology forward will be areas to watch, analysts say.

"VMware has made slow and steady inroads across the spectrum of networking technology and innovation over time in a variety of areas — SD-WAN, NFV, network functions virtualisation infrastructure in telecom and enterprise areas, and I would expect that to continue," said Rohit Mehra, group vice president with IDC's Network and Telecom Infrastructure group.

VMware has evolved NSX from a pure network overlay to a network, multi-cloud and security platform for cloud, containers, and data centre operations, Mehra noted.

Raghuram has said that helping build 5G infrastructure that reaches the edge and creates a hybrid environment where data centre infrastructure comes with cloud-like features will be a key business driver in the future — a direction Broadcom should be able to continue with its own chips in a variety of telecom equipment.

"VMware has massive ambitions for putting their virtualisation stack at the 5G edge, said Keith Townsend, principal with The CTO Advisor. "Broadcom is better positioned in the telco space and may be able to open doors for VMware."

Synergies could include smartNICs

Another area that could see synergy between VMware and Broadcom is the development of smartNIC environments that offload server CPU duties onto a separate device to free up server cycles and support software-defined cloud, compute, networking, storage and security services designed for rapid deployment in edge, colocation, or service-provider networks.

A key component is VMware's SmartNIC, which incorporates a general-purpose CPU, out-of-band management, and virtualised device features. As part of Monterey, VMware enabled its ESXi hypervisor to run on the NIC, which will provide a single management framework for all the compute infrastructure, whether virtualised or bare-metal.

Monterey includes a development agreement between VMware and GPU giant Nvidia — Intel is also a core partner — to bring its BlueField-2 data-processing unit and other technologies into Monterey.

Some of these projects could complement Broadcom engineering efforts. Broadcom has a smartNIC as well — its Stingray adapter that targets networking, storage and security applications.

There could also be synergies between VMware's Vrealize cloud-management product line, including Vrealize Automation and Vrealize Operations, and Broadcom's existing software stack based on technology the company acquired when it bought CA, said Forrester analyst Naveen Chhabra. "You could see some product rationalisation there," Chhabra said. "Call it fine-tuning."

But it's far from certain that co-development will go smoothly, particularly since Monterey in particular involves other chip makers.

"The companies will have some synergies with software certainly but it's not at all clear how all of the partnerships both vendors have with other big industry vendors and service providers will work in the future," Mehra said.

Other issues surrounding the deal include the possibility of price increases for customers, and whether VMware innovation will thrive under Broadcom ownership, analysts said.

"VMware has strong financials, a large and loyal installed base, and a diverse product portfolio," Gartner's Lerner acknowledged. "They have a huge installed-based (500,000+) of enterprise customers using their products within their data centres. Thus, they're deeply embedded and 'sticky' to customers."

But based on Broadcom's track record, it may not be business as usual for VMware customers, Lerner said.

Price increases on the horizon?

"Gartner expects Broadcom to increase pricing for VMware customers and adjust RD spending, based on Broadcom statements and historical precedent with CA/Symantec," Lerner said, noting that Broadcom spends less on RD, as a percentage of revenue, than VMware does.

"Broadcom has publicly stated that it runs acquired software businesses differently than they were operating previously, to create financial returns consistent with their own 'disciplined' business model."

Customers already have the perception that VMware is expensive, said Forrester's  Chhabra. "Clients have been talking ‘V-tax' [VMware tax] — the market is full of those talks. I think from a recent-announcements standpoint clients will be worried about their price increases, as they've experienced from Broadcom in their earlier acquisitions."

Price increases could serve to push some customers away. "A number of clients have been asking for alternatives," Chhabra noted.

"Broadcom's intentions at least in the past don't demonstrate that innovation is a priority, so we'll see what happens this time," Chhabra said.

On a positive note, the fact that Broadcom's existing software operations will be brought under VMware, which will keep its name, suggests a departure from earlier acquisition management and that there will be leeway to achieve integration among overlapping product developments.

"Broadcom's decision to rebrand the software group under the VMware moniker indicates a potential adjustment to prior software acquisitions," Lerner said.

But as with any big merger among major technology companies, achieving synergies among multiple and varied product lines is incredibly complex, and users are advised to exercise caution.

Do not assume "business as usual" in the long-term," Lerner said. "Validate existing inventory to prepare for licensing changes and/or to explore vendor alternatives. Push VMware for written roadmap commitments and add price-caps and exit-clauses for multi-year license agreements."