The availability of services from AWS, Cisco and HPE is propelling private 5G forward, but enterprises still have to contend with the technology's costs, device limitations, and competition from established alternatives such as Wi-Fi 6. 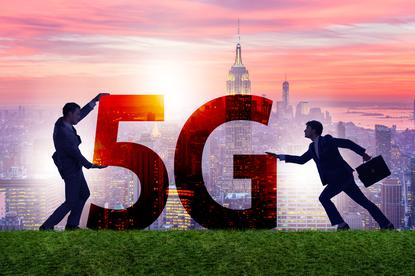 Interest in deploying a private 5G network is growing among enterprises, but mainstream deployment faces a number of obstacles, including competition from less complicated and more widely available wireless options such as Wi-Fi 6/6E.

Private 5G could be a game-changer for some enterprises, particularly in the industrial, automotive, and energy sectors. A private 5G network can guarantee throughput and latency levels that next-generation use cases require, according to research firm Gartner.

But it’s still very early in the private-5G game. It could take a decade for it to take hold, as 5G coverage needs to expand and costs for 5G subscription plans and capable devices need to come down.

“If an organisation had a fairly large facility and the need to support people and maybe machines roaming about it, with multiple types of traffic that included in-company calls and texts, private 5G might be a good idea. But for now, it would be rare for an enterprise to be able to justify private 5G,” said Tom Nolle, president of CIMI Corp.

Looking ahead, the technology will become a more tangible option for enterprises because of the opening of midrange spectrum and an uptick in provider interest, said Stuart Strickland,  vice president of wireless innovation at Aruba.

“Until recently, whenever we have had a customer with a use case that appears to require a private cellular deployment, we’ve gone through a process of working with them and some mobile network operator who would donate spectrum.

"And every single time, the whole thing has fallen apart at some point, usually late stage, because the cellular operator lost interest and decided that they didn’t want to share their spectrum after all.

"So it was really hard for enterprises to simply test the water and try out a deployment of a private cellular network to see whether or not it met their requirements.”

But that has changed in the past 18 months in the US, thanks to the availability of some 5G spectrum in the mid-band that can be licensed by enterprises or others that are not public network licensees globally.

As a result, enterprises can now evaluate the technology on their own, independent of operator collaboration, Strickland said.

Opening up spectrum for private use has also been one of the drivers for enterprise customers to consider using 5G in their networks, said Ian Campbell, CTO of Mobility and IoT Business at Cisco. “The idea is that 5G can now be considered a solid connectivity option alongside other technologies like Wi-Fi and wired networking.”

Another factor fuelling interest in the private 5G is the growing number of traditional enterprise IT vendors looking to enter the market.

Cisco, for example, plans to use system integrators, service providers, and channel partners to deliver its subscription-based, private-5G managed service, which it says will integrate with Wi-Fi networks and reduce up-front costs.

“We believe 5G is another tool that the enterprise can use to solve certain use cases, and it will have certain purposes where it makes sense," Campbell added.

"For example, customers may want to use 5G as an alternate access point to segment the network and bring additional capacity or to support particular applications. There are other cases where some connections are more remote that maybe a Wi-Fi network can’t handle.”

“Ultimately we think customers will want something that looks a lot like their wired and wireless networks today, but they can manage everything from the same dashboard, and that’s what we are looking to move toward," Strickland said. “Administrators shouldn’t have to develop a whole new set of tools and a whole new skill set in order to run a parallel cellular network.

“We’re learning how to make Wi-Fi and cellular networks work together, and how to integrate the management systems together so that it can be easier for our customers. So for us, this is still also an experimental phase."

Another big player gearing up for private 5G is AWS, which previewed its AWS Private 5G managed service in November 2021.

With the AWS service, customers would specify where they want to build a mobile network and its capacity, and AWS would deliver and maintain the small-cell radio units, servers, 5G-core and RAN software, and SIM cards, according to AWS.

“Customers would like to build their own private 5G networks to take advantage of the reliability, better coverage, lower latency, and higher bandwidth they provide and to be able to scale their networks as they add more devices,” AWS stated.

“But today, most private mobile network deployments require customers to invest considerable time, money, and effort to design their network for anticipated peak capacity and to procure and integrate software and hardware components from multiple vendors.”

AWS Private 5G promises to change that scenario by letting enterprises procure, deploy, and scale their own 5G mobile networks in days instead of months — and without having to acquire, integrate, and maintain hardware and software from multiple third-party vendors, AWS said.

Ultimately, customers will have to evaluate how they want 5G delivered: via a truly private play or a semi-private variation of a managed service or a fully managed service from a carrier, experts say.

“Customers can buy the parts and pieces from the likes of Ericsson, Nokia, Celona or via partners like Cisco/HPE/AWS.” said Brannon Holliger, practice lead, enterprise private wireless, with World Wide Technology.

Technology partners are looking to simplify the deployment and operation of the evolved packet core (EPC), which includes services, management and packet control for mobile environments, Holliger said. “Examples include dashboards, workflows to automate configuration, and variations of on-premises and cloud-based hosted cores,” he said.

“For now, it seems like the AWS offering is the closest thing to a true private 5G service,” Nolle said. “I think there’s better integration with public cloud components of applications with the AWS version.”

5G in healthcare, retail, and logistics

How private 5G might grow in the enterprise depends largely on what applications customers plan to deploy.

There are a variety of potential use cases. In healthcare, a company could set up a parallel network to work with their existing Wi-Fi deployment for high-priority and highly mobile devices.

A retailer might deploy a 5G network for point-of-sale and inventory, and a logistics company might eye it for asset tracking, autonomous vehicle controls, security cameras and monitoring equipment, said WWT’s Holliger.

“As a practical example, in Ericsson’s 5G Smart Factory in Texas, we are using a 5G network to run the factory across several spectrum bands, including CBRS (OnGo) connectivity in the factory to run production and building automation systems,” Challoner said.

“The factory 5G network controls autonomous guided vehicles (AGV) on the factory floor, and AR/VR is used to inspect the radios being produced—we are using 5G to build 5G. There are around 300,000 factories in the US that can all benefit from such private networks.”

The applications powering AGVs and robots require low latency for precise movement, better efficiency, and offloading of data processing, said Youssef Abdelilah, who is in global innovation in the office of the CTO at American Tower and serves as director of the OnGo Alliance.

5G will also be good for real-time applications including 4K and 8K video streaming of sports and entertainment as well as virtual reality, Abdelilah said.

“Enterprises will have a plethora of [4G, LTE, and 5G] technology and architectural options to solve their connectivity needs, including Wi-Fi, LoRA, mobile network with slicing, and just the regular mobile network,” said Stefan Pongratz, vice president at research firm Dell’Oro Group. Private 5G will serve both non-industrial and industrial use cases, Pongratz said.

“And while the industrial IoT business case might be a bit more compelling at this juncture, there will be a market as well for non-industrial or Wi-Fi-like scenarios.”

No matter where or how enterprise private 5G rolls out, there will be challenges.

“It’s more costly than Wi-Fi 6, and because it has to use public spectrum, you have an interference risk,” Nolle said. “The devices you use will require support for the frequencies available, which may be difficult. You have to either run your own 5G cells or get them as-a-service from a cloud provider, which raises costs — just to name a few challenges.”

And there are others, among them the limited universe of 5G devices. “You can’t assume that a device that works on public cellular network is going to work on the private network,” Strickland said. The client ecosystem for 5G isn’t anywhere near as robust as Wi-Fi, he added.

In addition, at this point in time, most private 5G use cases can be addressed by a properly designed and properly segregated Wi-Fi network, Strickland said. “We haven’t run across anyone who says, ‘I’m going to build a new factory, and I don’t want Wi-Fi in it, I just want private cellular.’ That that kind of customer hasn’t come to us yet.”

Private 5G also presents a steep learning curve because of new tools such as slicing and the difficulty in selecting an architecture that fits the vertical and is economical, said Abdelilah of American Tower. “Understanding the economics fully — not only the cost of hardware and software but also the total cost of deployment, operation, ownership overall — is currently a challenge.”

Securing a private 5G environment is another consideration.

Customers don’t want to have different security policy management systems and two different IT teams to manage the wireless and 5G environments, said Greg Dorai, vice president of product management for Cisco’s secure access group. “The technology to handle that isn’t here yet, but we are on a path to it.”

In the past, enterprises were expected to do a lot of the heavy lifting, but that didn’t work very well, Dorai said. “So, making private 5G [available] as a service, integrating all the components, and making it easy to deploy that service will be critical to its success.”