Nokia pulls most of its business from Russia 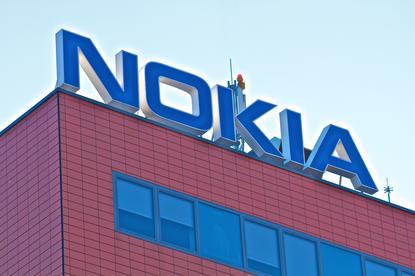 Finland-based telecommunications equipment giant Nokia has announced that it would cease most of its operations in Russia, in response to that country’s month-old invasion of Ukraine.

Nokia said in a statement that it would suspend equipment deliveries, accept no new orders and move “our limited RD activities” out of the country, saying that “it has been clear for Nokia since the early days of the invasion of Ukraine that continuing our presence in Russia would not be possible.”

Russia accounted for less than two per cent of the company’s net sales in 2021, according to Nokia, which added that the move will not affect the bottom line in a significant way, and that the company expects to hit all of its immediate earnings targets going forward.

While the impact on the bottom lines of the companies involved is likely to be minimal, the same can’t be said for the impact on telecommunications in Russia. According to an IDC report issued last month, major Russian telecoms had contracts with Ericsson and Nokia to help build out advanced wireless networks, and those plans are necessarily now on hold.

“The impact of these sanctions will seriously delay the availability of new technologies such as 5G and edge computing,” the report said.

Nokia did stop short of full divestiture in its announcement, saying that continued access to the internet should help provide “outside perspectives” to the Russian people, and that the company would keep supporting existing networks in the country by applying for licenses to provide that support without violating economic sanctions levied against Russia by the west.

Nokia joins one of its chief competitors, Ericsson, in pulling most operations out of Russia. The Sweden-based rival firm announced that it was taking similar steps in a statement issued Monday, saying that business with Russian customers has been suspended “indefinitely.”

According to Forrester senior analyst Alla Valente, these moves had been coming for some time, thanks to economic retaliation against the Russian government and the optics of continuing to do business with the Putin regime.

“Given the burden from new and mounting sanctions, the cost of regulatory scrutiny, plus the potential reputational risk for remaining silent or not acting quickly enough created a very different calculus that can’t be ignored,” she said.

“Nokia’s decision makes sense for them and there are likely other companies evaluating the same decision. The longer this war continues, the more likely we are to see changing dynamics account for more companies halting or even exiting the Russian market.”