Supported by the government, move will focus on accelerating the transformation of the telecommunications sector. 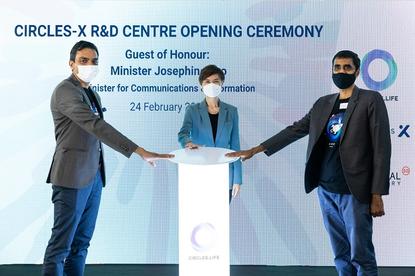 Circles Global has launched its Circles-X R&D centre in Singapore as the telecommunications provider aims to expand reach into software-as-a-service (SaaS) and 5G.

Banking on their SaaS-based approach, the move will enable the centre to further strengthen application of its proprietary cloud native, full-stack telco operating system called Circles-X OS (CXOS). The operating system powers the provider's consumer operations under its Circles.Life brand across Singapore, Australia, and Taiwan.

In addition, Circles has extended its SaaS offering to enable telcos like KDDI in Japan and XL Axiata in Indonesia to launch digital brands using the CXOS platform.

The launch was supported by the Singapore government, namely the Ministry of Communications and Information and Digital Industry Singapore which runs as a joint office between the Economic Development Board (EDB), Enterprise Singapore (ESG), and Infocomm Media Development Authority (IMDA).

“As we build the future of telco right here at our Circles-X R&D Centre, we envision this as the cornerstone of the first global Singaporean SaaS company leading an entire industry,” said Rameez Ansar, co-founder of Circles.

The R&D centre is expected to create 120 new ICT jobs in Singapore this year, specifically in the areas of front- and back-end engineering and cyber security. These roles include placements in Circles Labs, the company’s skunkworks team, to develop the next generation of telco digital services involving Internet of Things (IoT), artificial intelligence (AI), fintech, gaming and other areas.

Circles currently has 265 staff housed in the R&D centre, some of whom were nurtured through the company’s in-house development program for software engineers as well as the TechSkills Accelerator program in partnership with IMDA.

With CXOS, Circles is one of the first fully digital telcos in Singapore. Launched in 2016, the firm has remained focused on addressing changing customer needs for agile telco offerings and offered always-on customer support. This has led it to achieve market-leading average revenue per user and growth.