Developers push back against Apple ‘ban’ on third-party browsers

Open Web Advocacy argues that by forcing browser makers to use WebKit on its mobile platform, Apple is engaged in anti-competitive practices. 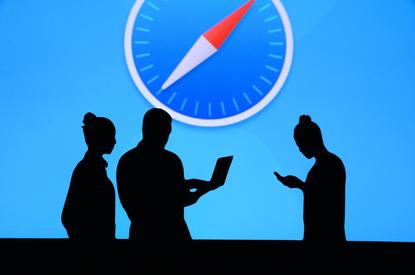 A group of developers is fighting Apple’s Safari browser dominance on its iPhone and iPad devices, insisting the company is involved in the anti-competitive practices.

Open Web Advocacy (OWA), a UK-based developers group, has a self-stated purpose of enabling third-party access to all the features that Safari enjoys but which are not available in Apple’s WebKit browser engine; WebKit is the core software component of Safari browser.

“The only way for developers to create stable, capable applications is to invest in Apple’s proprietary platform, which it taxes and retains exclusive control over,” OWA wrote in a new paper.

“Browser vendors are not allowed to ship their browsers, which they have spent hundreds of thousands of hours developing,” OWA continued. “Instead [developers] are forced to produce a separate browser, which is essentially a thin wrapper or skin around the WebKit engine in Apple’s own browser, Safari.”

As the default browser on iOS and iPad OS devices, Safari claims 39.4 per cent of all mobile browser traffic, according to web analytics service StatCounter. Google’s Chrome browser remains no.1 with 46.3 per cent of traffic.

On desktops, it’s an entirely different story. Chrome still holds the top spot — by a long shot, at 65.38 per cent — with Microsoft Edge now used on 9.54 per cent of desktops worldwide, just behind Safari at 9.84 per cent. Mozilla Firefox brings up the rear with 9.18 per cent market share.

Mobile devices generally come with at least one app store and one browser pre-installed on them, which makes them key channels through which users and content providers can connect for content distribution.

First reported by MacRumors, OWA argued Apple’s policy is “a clear conflict of interest with third-party browsers,” and noted the company receives $15 billion a year from Google for search engine placement in Safari while ensuring other browsers cannot effectively compete on iOS.

In contrast, OWA said, the non-profit Mozilla produces a better browser (Firefox) that consistently bests Apple’s in security and standards conformance and “with revenues of less than $500 million per year."

“Apple is convinced that Webkit is the superior way to do web browsing and probably doesn’t want others experimenting with things that could embarrass Apple (i.e., working better than Webkit),” Gold said.

Apple also believes it has optimised its hardware for Webkit and Android’s Webview and might be concerned another browser engine might slow performance, hurt battery life, and/or cause security issues.

“And if that happens Apple will likely take the blame, even if it’s not warranted,” Gold said. “Finally, like Google with Android, Apple has a vested interest in making sure their own products are used when you’re surfing the web.”

The ”browser ban,” as OWA called it, "prevents the emergence of an open and free universal platform for apps, where developers can build their application once and have it work across all consumer devices, be it desktop, laptop, tablet or phone.

“Instead, it forces companies to create multiple separate applications to run on each platform, significantly raising the cost and complexity of development and maintenance. These costs are in addition to the 15 per cent - 30 per cent tax charged by the App Store,” OWA said.

This greater cost, the group argued, is ultimately passed on to consumers in the form of higher fees, more bug-prone applications and the applications not being available on all platforms.

“This then decreases competition with other manufacturers by depriving them of a healthy library of apps,” OWA said.

What would make Apple change? It would probably have to be either a lawsuit of some sort, or a really heavy outcry from users, Gold said.

“It’s unlikely that will happen,” he said.