How disties can ease chip counterfeiting amid supply crunch

Avnet report claims there is an "opportunity for engineers to lean on their partners with added visibility into the supply chain". 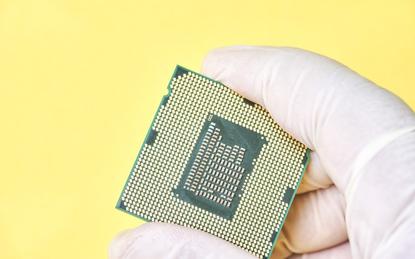 Distributors are being called upon to alleviate a growing crisis in chip counterfeiting as the global shortage continues to plague the IT industry.

According to a report by US-based electronics components distributor Avnet, the chip shortage is expected to continue in the next year-and-a-half, resulting in a growing problem of counterfeiting.

An Avnet survey of 530 engineers found that 78 per cent of respondents are facing “significant” challenges to accessing electronic components.

Of this group, 93 per cent said lead times had been affected, while 74 per cent face delayed production schedules and 72 per cent are seeing higher prices.

Furthermore, nearly two-thirds of the engineers, at 64 per cent, said their companies are planning their designs based on component availability, rather than preference.

All of these issues are generating a perfect storm for counterfeiters to come into the picture, as three-quarters of respondents claim they expect to run into an increase in counterfeit components in the market.

This, however, provides distributors with a chance to step up, according to Avnet, with 83 per cent saying they work with distributors to reduce the chance of running into counterfeit parts.

“However, it also represents an opportunity for engineers to lean on their partners with added visibility into the supply chain to ensure they are creating flexibility in their designs based on market conditions to avoid compromising quality.”

While 75 per cent of affected engineers say most delays have been under six months, 96 per cent are concerned both lead times and prices are going to increase in the next 18 months.

This lines up with research from analysis firm Forrester, which claimed the situation is unlikely to be resolved before the middle of 2023.

Meanwhile, fellow industry research firm IDC forecasted the first half of 2022 will see tight semiconductor supply, with acceleration earmarked from 2023.

The component shortage is hitting even the largest global players, with Cisco last month claiming its revenue increase in the second quarter of its fiscal year was dampened in part due to the ongoing chip issues.

Cisco CEO Chuck Robbins said on an earnings call for the quarter that “both of these metrics continue to be negatively impacted by subscription software and service that is attached to hardware, where the shipments are delayed due to the component situation”.