What’s next for Kyndryl in Singapore? 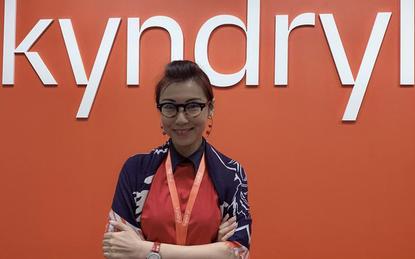 When Gina Wong, Kyndryl’s managing director in Singapore, was appointed to the role in advance of the company’s spin-off from IBM last year, it felt like a bit of a homecoming, despite that fact that she has been based in the city-state for much of her professional life.

For years, Wong had overseen various operations across the Asia Pacific or ASEAN regions, depending on the respective role she was in at the time, the responsibilities of those roles involving no small amount of travel beyond the borders of her home country.

Now, Wong has found herself in her first dedicated Singapore role in over a decade, and it feels a bit like coming home.

“This is sort of the first role in the country, managing Singapore,” Wong told Channel Asia. “It is extremely refreshing for me.”

Beyond the refreshing aspects of returning to her roots in Singapore, it has no doubt been a refreshing experience to head up the local business of what many in the Kyndryl camp are referring to as the world’s largest IT start-up.

Regardless of whether or not that moniker is a fair assessment of what the company really is, there is something to be said for being in a major leadership position amid the emergence of a new global player in the tech landscape, and Kyndryl is definitely a worthy contender for such a title, being spun off into a public company with an annual revenue of at least US$19 billion behind it.

For Wong, Kyndryl is nothing short of a unique enterprise start-up. And like many start-ups, according to Wong, the company comes with a remarkably flat (and fast) management structure. Wong, for example, who has full profit and loss responsibilities for the Singapore business, reports directly to New York City, where the company has its headquarters.

Such a structure comes with a wealth of benefits, according to Wong.

“It’s a localised country model,” Wong said. “As a leader, I’ve never felt more empowered than now. We can make investments in areas like pricing and discounts, and we can respond quicker to our clients. It wouldn’t have been as optimal if we were flat but not as empowered; but we are empowered.”

With such freedom to shape the business to suit the Singapore market specifically, Wong is fashioning a Kyndryl that can meet the needs of the country, which are particularly mature in terms of business technology. And that maturity is evolving at pace as digital transformation in the country accelerates.

“For us, we see a lot of customers trying to accelerate digital transformation due to the pandemic,” Wong said. “We didn’t think, in the past, they would go at such a fast pace.”

Fortunately, from Wong’s perspective, Kyndryl is well-positioned to meet the needs of the local market, given its 30-plus-year heritage of being an IBM business unit.

“A lot of our current clients are encouraged by the new business,” Wong said. “We are now a standalone technology agnostic company. The customers are very happy. They know if they have an IT requirement, Kyndryl is there – [we] have the knowhow and the partnerships with the ecosystem players.”

Indeed, the company has inked a series of global technology partnerships with the likes of Amazon Web Services (AWS), Microsoft, Google Cloud and more, further pushing its newfound prominence as an end-to-end provider for enterprises in the region.

Eyeing growth on all fronts

As new agreements are being inked, new recruits and new skills are being sought. At the time of writing, Kyndryl Singapore had no fewer than 25 openings on its job pages. At the same time, the company is training up its internal tech talent with new skills and certifications.

But the process hasn’t been without its challenges.

"A common challenge in the market right now is talent,” Wong said. “It has been a challenge due to the COVID-19 pandemic environment.”

However, it seems Kyndryl is in a position to make some headway on the skills front.

“Our business is our people and we will continue to build our team, and our operating model enables us to access the best global talent in the industry,” Wong said.

The company operates with a hybrid model whereby it is able to leverage offshore talent when needed from its global resources, such as its Cloud Innovation Centres (CICs) in India, China and the Philippines.

“In Singapore, the market has a talent crunch, but coming to Kyndryl you have a set of onshore and offshore talent teams. You have that extended pool,” Wong said. “These are people with experience in addressing critical technology challenges, working within hybrid IT and multi-cloud environments, integrating AI [artificial intelligence] and analytics, cyber security and resiliency, and emerging technologies like edge and 5G.”

Against this backdrop, Kyndryl Singapore is focused on expanding its footprint in the public sector and commercial segments, with dedicated go-to-market teams.

“Our strategy will be to be a trusted advisor, integrator and innovator; collaborating with multi-vendors across myriad of technologies,” Wong said.