Microsoft is expanding its telecom offerings with a host of new services designed to address carrier infrastructure for edge computing and 5G, including private enterprise networks. 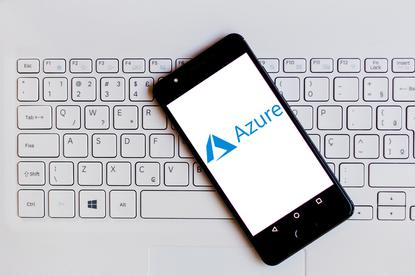 Microsoft has announced a range of new carrier infrastructure offerings through Azure, including services for private 5G enterprise networks, at this week’s Mobile World Congress, in a move designed to bolster the vendor’s position as a partner to the telecom industry as 5G and edge computing deployments progress.

The headliner is Azure for Operators, a flavour of Microsoft’s Azure cloud services designed to help telecom companies manage their networking core in a more unified way than before, combining key workloads like RAN, core, and OSS/BSS (operations support/business systems support) management on a single software platform.

The latter system is currently up and running on ATT’s network cloud platform, a demonstration of the close collaborative relationship between the two companies.

The telecom giant said last year that it had moved its core network operations onto the Azure cloud, and announced ahead of MWC that its private 5G offerings would use Azure for core management software and edge compute — dovetailing with Microsoft’s announcements of a new Azure private 5G core and improved mobile edge computing support in the form of public MEC.

Beyond simply using Microsoft’s software for its own retail network, part of the move for ATT is to leverage Azure as a way to easily offer private 5G as a service. The idea here is to let enterprise customers buy private 5G coverage for a given area via ATT or Microsoft, and allow the vendors to simply “switch on” connectivity, by allocating bandwidth out of what’s already available to the new customer.

The announcements are a sign that Microsoft intends to keep pursuing its plans to leverage 5G as a way to gain a larger role in enterprise networking, according to Gartner Director Analyst Bill Menezes.

“Microsoft was never into network infrastructure in the past,” Menezes said. “[Today’s moves], however, are a continuation of the strategy that [it] and the other hyperscalers have been pursuing in the last couple of years.”

The reach of these private 5G services is likely to be limited, added Menezes, who noted that Wi-Fi and other legacy wireless technologies aren’t going away anytime soon. The target market, instead, is specialist applications — like companies with large manufacturing facilities or those that want to track vehicles on a large lot.

“I talk to a fair number of enterprises who say that private mobile networking, either 4G or 5G, is going to make sense for our warehouse or manufacturing facility, but we’re still going to want Wi-Fi,” Menezes said. “This relationship helps close the gaps between those technologies.”

Preview versions of the new Azure 5G core and edge features can be accessed now by contacting Microsoft, and ATT’s Private 5G edge program is in a similar preview phase, although no retail availability dates have been announced as of this article’s publication.