ISV partners set to be increasingly 'critical' for SaaS vendors

The shift to partner-led growth is anticipated to be “further legitimised” this year. 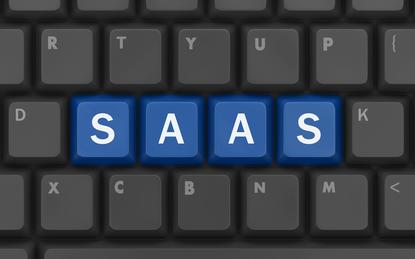 Independent software vendors (ISVs) are set for success within the software-as-a-service market in the next decade, with indirect cloud revenue predicted to surge.

This is according to analyst firm Technology Business Research’s (TBR) Conversion, integration and ecosystems drive SaaS growth report, which claimed that ISV partners are considered to be “critical” within the go-to-market strategies of SaaS providers.

“Growth from indirect, partner-led revenue streams has been outpacing direct go-to-market efforts for several years, but indirect revenue is reaching a new level of scale and significance in the market,” the report said.

While TBR admitted the shift to partner-led growth is not new, it anticipates it to be "further legitimised" this year.

The firm estimated that indirect cloud revenue is currently reaching 25 per cent of the total cloud market opportunity. As a point of comparison, indirect revenue for traditional IT and software sits in the 30 per cent to 40 per cent range.

However, TBR said indirect cloud revenue is expected to take off in the medium-term, surpassing the percentage range of traditional IT and software in the next five years. Five years after that, the percentage is anticipated to reach 50 per cent.

Additionally, while large providers like Salesforce, Microsoft and Oracle all have their own SaaS plays, customer research conducted by the analyst firm found that these solutions are in their “infancy” and can’t meet every possible solution.

This can be addressed however with ISVs, TBR claimed.

“ISV partners represent a near-term opportunity for these providers to fill portfolio gaps with value-add solutions and services, drawing vendor IP deeper into industry-verticals while increasing the stickiness of their solutions in the enterprise environment,” the report added.

In November last year, research firm Information Services Group (ISG) claimed during the third quarter of 2021, annual contract value (ACV) for cloud-based as-a-services above US$5 million in the Asia Pacific (APAC) region rose 62 per cent year-on-year and 5 per cent quarter-on-quarter to a record US$3.1 billion.

This made up over 84 per cent of APAC IT and business services spending during the quarter.