Google director Elbert Bailey takes over the role as permanent replacement is sought. 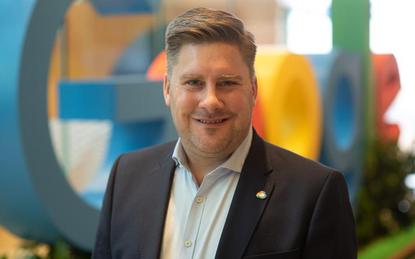 He will now take on the title of Snowflake Asia Pacific and Japan (APJ) vice president of partners and alliances and will remain in Singapore, where he moved after joining Google Cloud from Amazon Web Services (AWS).

First based in Melbourne, Willis was initially charged with creating an indirect ecosystem of partners in Australia and New Zealand. He later relocated to Singapore and was promoted to managing director of partners and alliances.

During his two-decade IT career, Willis has worked at the likes of VMware and HP Australia, in addition to AWS.

"We thank Ash for his contribution to our business over the last four-plus years and wish him all the best," a Google Cloud spokesperson said. "Our partner ecosystem is a key lever of our growth strategy."

Google Cloud is now on the hunt for a replacement for Willis, with Singapore-based Google director Elbert Bailey taking on the channel chief role during the interim period.

Willis’ departure from Google Cloud follows that of Australia and New Zealand channel boss Rhody Burton to HashiCorp in November last year. His arrival at Snowflake comes almost a year after the company appointed VMware veteran Jon Robertson to the newly created role of Asia Pacific and Japan president.

In 2020, the company went public through an initial public offering, when it was valued at US$12 billion.