Cloud adopters are shifting tactics to take advantage of fresh concepts and approaches. Here’s what you can expect to see this year. 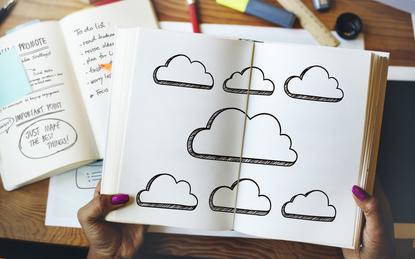 The sky’s the limit when it comes to cloud innovation. As cloud technology advances and matures, enterprises are finding fresh ways to leverage what has become a technology linchpin.

Cloud computing will continue to shape the technology landscape for many years, says Bernie Hoecker, partner and enterprise cloud transformation leader with technology research and advisory firm ISG, noting that cloud adoption is rising rapidly. According to ISG research, cloud services spending increased 49 per cent to over US$450 billion during the pandemic and is expected to grow another 20 per cent in 2022. “Although cloud computing is still in its infancy, cloud technology and business models are now the foundation for most digital services,” Hoecker says.

To help keep pace with the rapidly growing and evolving cloud market, here’s a quick look at eight trends that promise to shape enterprise cloud strategy this year.

Cloud migration will continue evolving from a “lift-and-shift” approach to a carefully considered, methodical, and strategic modernisation, predicts Ken Englund, a technology leader at professional services firm EY Americas. “Enterprise-wide cloud migration is the key to moving away from siloed tools and platforms to a more holistic business strategy,” he notes. “More companies are seeing the value in scale and agility.”

To fully optimise cloud migrations, business and engineering groups must work as a single team, Englund suggests. “When cloud migration is approached as an IT-only effort, the focus is often cost-oriented, which can hinder innovation and opportunities for bringing new capabilities to customers,” he explains.

2. Cloud goals are shifting from efficiency to intimacy

Enterprises globally are going “all-in” on the cloud, relying on the technology’s promise to increase efficiency and profitability, says Jenny Koehler, US cloud and digital leader at professional services firm PricewaterhouseCoopers. “In 2022, cloud transformations will take on a new role in building connectedness and intimacy between customers, employees, and business leaders,” she predicts. “Organisations will look to the cloud to not only solve complex challenges, but also to build trust and identify new opportunities for stakeholders.”

The real winners, Koehler notes, will be enterprises that leverage the cloud for intimacy by encouraging high degrees of C-suite engagement, creating implementation roadmaps, and establishing thoughtful plans.

3. The cloud is going vertical

The idea behind such “industry clouds” is simple, Bechtel notes, but the business implications are anything but simplistic. “It comes down to market competition and the scarcity of engineering talent,” he says. “Even leading organisations spend enormous amounts of time and resources on maintaining, administrating, and operating legacy industry systems that, on balance, don’t move their needle.”

An industry cloud isn’t a once-and-done initiative. “It essentially establishes a blueprint for how to think about the future, and the possible building blocks that need to come together,” Bechtel says. “Software engineering is the way to achieve that blueprint, one building block or use case at a time, but continuously evolving with new technology choices and improving these capabilities.”

As cloud adoption continues to scale, the operational complexity of managing and securing cloud resources is following in lockstep. “For many organisations, this complexity is further compounded by the need to scale within existing private cloud environments as well as being on at least one public cloud provider — often across multiple public cloud providers,” says Eric Drobisewski, senior architect at Liberty Mutual Insurance.

A modern platform-centric approach to scaling hybrid and multicloud ecosystems can help IT teams optimise the amount of time spent maintaining and securing cloud resources, freeing up time to focus on business differentiation through new digital capabilities, Drobisewski notes. “Organisations cannot afford to lose the agility they have created through cloud technology, and to sustain it they need to optimise their operating approach across a hybrid multicloud ecosystem.”

Cloud-native applications are designed according to the principles of cloud architecture, making them faster and easier to develop, deploy, update, and maintain. According to research firm IDC, by 2023 more than 500 million digital apps and services will be developed and deployed using a cloud-native approach.

“That’s hardly surprising, given the post-pandemic landscape many businesses now find themselves in,” Mathuria says. As well as accelerating cloud migration in terms of productivity and daily operations, He believes that the trend toward cloud-native is also prompting many organisations with only a foot in the cloud-native door to fully embrace the approach and run with it.

Cloud-native is more than a technology, it’s a philosophy, Mathuria states. “Cloud-native applications are often referred to as ‘citizens of the cloud,’ which not only means they reside there, but that they were built there from the ground up using every advantage that cloud architecture has at its disposal,” he says. “That’s the common mark of success.”

6. Demand for portability and connectivity will increase

In 2022 there will be a greater emphasis on portability and connectivity, as well as on reining in the cost of these elastic services and rebalancing cloud versus on-premises workloads. “What makes this trend so important is that there will be a focus on mobile application development from both cloud-native and cloud-enabled in-house DevOps teams,” says Neil Warren, managing director and North American head of the cloud centre of excellence at technology services and consulting firm Capgemini.

Warren also predicts that applications will grow more platform-agnostic this year, enabling enterprises to concentrate on productivity and security issues. “The other lever to this would be greater utilisation of hyperscale virtual desktops in a non-persistent approach,” he adds. “These advancements can further reduce an enterprises’ infrastructure complexity, reducing the burden on IT and improving data security.”

7. AI is converging with data and the cloud

“We’ll see an influx of companies in 2022 take a lifecycle approach to managing these three interconnected operations when developing AI governance,” he states. “When data, AI, and the cloud work together smoothly, end-to-end, the result is a supple and powerful system that realises more value from data and solves more problems faster.”

8. Expect a move toward application modernisation

Enterprises have migrated an untold number of applications into the cloud over the past several years. Yet in many cases, applications were hastily migrated without incorporating any of the re-architecting or re-engineering steps necessary to allow the applications to perform optimally within a cloud environment.

“Instead, many applications were ‘lifted and shifted,’ and therefore do not take advantage of key elements of cloud applications, such as rapid scalability, self-service, reserve pooling, or consumption-based costs,” warns John Rostern, senior vice president and global lead of cloud and Infrastructure security services at security consulting firm NCC Group.

To realise the promised benefits of cloud computing, organisations should begin a comprehensive and considered process where the architecture and deployment of applications in the cloud are examined against an accepted reference model, such as the AWS or Azure Well Architected Framework (WAF). “This process will serve as the basis for the evolution of these applications to cloud native,” Rostern explains.

While re-architecting and re-deploying applications and services to leverage the inherent characteristics of cloud computing will address this problem over the long term, such a transformation is typically a multiyear process, Rostern cautions. Meanwhile, there are short-term actions available to mitigate the impact of existing inefficiencies. Organisations, he says, should examine the problem from a business process standpoint to determine how well applications and services will be able to support operations.

“This will reduce the friction in the system and thereby reduce the cost impact in the near to middle term until re-architecture and re-deployment can occur.”