How the newly formed entity plans to operate in the Asia Pacific market. 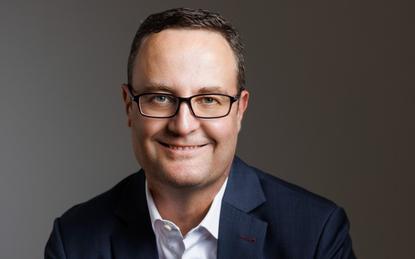 Extended detection and response (XDR) company Trellix has formed out of a merger between security vendors McAfee Enterprise and FireEye, with plans to focus on managed service providers (MSPs) across the Asia Pacific (APAC) region.

The new company prioritises “living security”, or security technology that learns and adapts to protect operations from advanced threat actors, and was formed following the acquisition of both security outfits by Symphony Technology Group (STG) during 2021 — McAfee Enterprise in March and FireEye in June.

STG then announced in October after the close of the FireEye acquisition, it would combine the vendor with McAfee Enterprise.

As a result of the merger, Trellix now has a customer base of over 40,000, consisting of both business and government clientele.

Heading up the company’s operations in the Asia Pacific (APAC) region is regional vice president Craig Nielsen, who spent close to 10 years with McAfee — with roughly four of those also as APAC VP.

“We need a better way of rethinking how we're approaching the XDR market to help our customers resolve these and prevent these better.”

The plan is to fly solutions from both McAfee Enterprise and FireEye under the one Trellix banner, according to Nielsen. As both companies have their own channel programs, there is also a need to consolidate them into one Trellix program, he said.

In the meantime, he said it was business as usual for partners in both programs.

“Until we launch the new pilot program later on in 2022, we're going to continue with the separate programs, honouring our commitments under the programs, giving our partners the ability to generate their return on investment from their investment and participation in those programs,” Nielsen said.

“We're really cognisant of making sure we drive continuity, give lots of runway to move to the new programs, and help our partners transition to a unified channel program.”

What he did share, however, is that the company will make a concerted effort towards managed services.

“We will absolutely be dialing up our managed services programs, the ways that we can stand up MSPs and get them quickly to productivity and profitability. That's a core focus for us in this market,” Nielsen said.

“You will see a significantly incremental investment in our focus on the MSP market.”

With the push for XDR, it will be no surprise to see Trellix look for partners that operate in this space, with a desire to find “strategic partnerships”, rather than transactional ones, Nielsen said.

“Philosophically, we are looking for partners that have the ability to help customers re-envisaged the possible in terms of where XDR can go for them and what they can achieve for it,” he said.