Everybody says they're into cloud, but total IT spending on cloud is still just at six per cent. What gives? 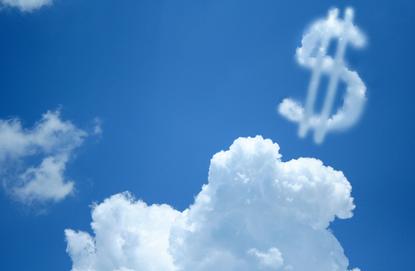 It’s typical for analysts and press to get out in front of demand for a given technology, but with cloud we may be outdoing ourselves.

In a recent O’Reilly survey, 30 per cent of respondents said they’re fully cloud native already, with another 17 per cent saying they’ll get there within the next two years (and 20 per cent more say they’ll be cloud native in roughly three years). Sounds amazing, right? Actually, it sounds impossible. Cloud spending still accounts for just six per cent of total IT spending, according to analyst firm IDC.

You keep using that word…

It used to be cool to demur on moving to the cloud. Now everyone’s doing it. Perhaps not as fast as some might like, which is why Amazon Web Services (AWS) keeps churning out services that bridge things like legacy mainframes to the cloud (and why former CEO Andy Jassy’s last re:Invent was spent telling IT leaders they needed to go big on cloud or risk losing to competitors), but talking up one’s cloud progress has become de rigueur.

Just ask the respondents to O’Reilly’s latest cloud adoption survey. O’Reilly polled readers of its Programming and Infrastructure & Ops newsletters, which combined have 436,000 subscribers. Of these, 2,834 people completed the survey.

Again, these are not necessarily people tasked with spending the company’s IT dollars perhaps, but they are definitely involved in those decisions. What are they saying?

First, nearly 90 per cent of the respondents work for companies that use the cloud to some extent. This isn’t surprising. Actually, it’s mostly surprising that the remaining 10 per cent haven’t met their peers who are using public cloud services to help run the business. Give them time.

It’s also not surprising that usage aggregates around the big three cloud providers: AWS with 62 per cent, Microsoft Azure with 48 per cent, and Google Cloud at 33 per cent. If you noticed those numbers don’t add up to 100 per cent, you’re correct.

Turns out multi-cloud is a thing, though it’s not the “build an app that runs across multiple clouds” thing that many suppose that word means. It just means enterprises are doing what they’ve always done: running different services on the cloud provider that best meets their needs for the given application.

They’re also not shuttering their data centres. This makes sense, says Loukides, because “most companies aren’t that far along in their transformations” and “eliminating all (or even most) traditional infrastructure is a very heavy lift.”

It’s a little confusing when the survey respondents said they’re going gangbusters on a cloud-first strategy (47 per cent).

Folks, this isn’t really a problem with O’Reilly’s survey. The problem is aligning ambition with reality. It’s perhaps also a weirdness in the definition of “cloud native.” The Cloud Native Computing Foundation defines “cloud native” as enabling enterprises to “build and run scalable applications in modern, dynamic environments such as public, private, and hybrid clouds.”

There’s nothing particularly modern about a private cloud/data centre. Scott Carey has described it thus: “Cloud native encompasses the various tools and techniques used by software developers today to build applications for the public cloud, as opposed to traditional architectures suited to an on-premises data centre” (emphasis mine). If going cloud native simply means “doing what we’ve always done, but sprinkled with containers,” that’s not a very useful data point.

“Cloud first,” however, arguably is. If we’re already at 47 per cent of respondents saying they default to cloud (again, my assumption is that people weren’t thinking “my private data centre” when answering a question about “cloud first”), then we have a real problem with measured spend on cloud computing from IDC, Gartner, and even the most wide-eyed of would-be analyst firms.

Cloud adoption is moving at a torrid pace, but in the enterprise, “torrid” is often not much different from “tortoise.” Public cloud adoption is happening, and fast. But it’s still just six per cent of total IT spending.

These survey respondents might wish they were “cloud first,” and they might like to put “cloud native” on their LinkedIn profiles. After all, who wants to sound like a cloud laggard? But the money doesn’t lie, and the money (according to IDC’s and Gartner’s measured IT spending) says that the cloud is going to take time.

The good news for cloud vendors is that all signs point to ever more adoption. Just don’t hold your breath for it to happen tomorrow or even in the next two to three years.