EdgeConnect Microbranch, which is a part of Aruba's networking services infrastructure platform known as ESP, offers extended SD-WAN and SASE services, and will be generally available in March 2022. 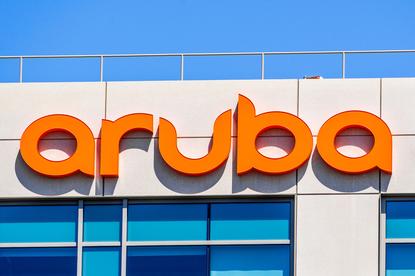 COVID-19 has forced enterprises to change the way they use their networks as they had to support an increasing number of users and devices connecting from remote locations.

During the pandemic the number of workers working remotely for enterprises jumped, reaching 72 per cent of the total workforce, compared to just 38 per cent before COVID hit, according to an IDC survey. The survey also showed that enterprises expect that more than half of their employees will work remotely in one way or another, indicating the need of a long-term shift in network architectures.

SD-WAN and SASE for the home office

Aruba’s new bundle, which is being offered as part of its networking infrastructure suite called Edge Services Platform (ESP), builds on the company’s existing services to provide a remote office experience through remote access points (RAPs) by adding SD-WAN capabilities without the need of additional hardware on premises, the company said.

These SD-WAN capabilities — including policy-based routing, tunnel and route orchestration, SASE (secure access service edge) integration and enhanced WAN visibility — are designed to allow enterprises to mimic and offer a complete range of in-office and campus connectivity services to remote workers, with no gateway, agent, or new hardware required at the remote site, according to Aruba. The goal is to  simultaneously increase productivity and security, the company said.

While the policy-based routing function will allow enterprise IT teams to deliver application performance and security based on service-level agreements or type of users, the tunnel and route orchestration function, according to the company, allows enterprises to optimise network performance by choosing the best VPN tunnel for the task depending on the load and other factors.

The enhanced WAN visibility function is designed to allow IT teams to monitor remote locations and troubleshoot issues in a real-time manner while providing an eagle’s eye view of utilisation of network, latency, jitter and other connectivity issues.

"The SASE integration with ZScaler will speed organisations’ time-to-value for building secure connections for remote workers as well,” said Butler.

“Contact centre workers need highly reliable connections that are secure for dealing with personally identifiable information. Other classes of workers we expect ‘branch of one’ architectures to support include developers, financial traders, tele-health workers and executives,” Butler said.

"Branch of one" architecture is a term used to describe new networks being planned post-pandemic that require or demand enhanced connectivity, security, and collaboration while offering an "office out of the box" managed via cloud.