Why D&I is key to better infrastructure and operations teams

Infrastructure and operations technology needs to be less brittle and more agile, and diversity, equity and inclusion can help. 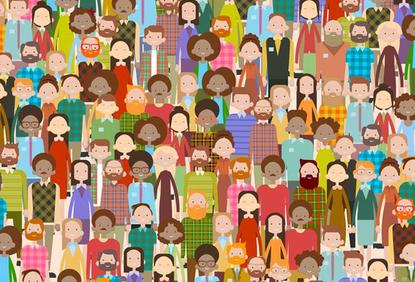 “Why should an I&O leader care about diversity and inclusion [D&I]? Why do you need to be involved in this at all? What good will it do you?"

The answer to these questions, according to Debra Logan, a vice president and Gartner fellow, is about building better infrastructure and operations (I&O) teams.

Speaking at the recent Gartner IT Infrastructure, Operations & Cloud Strategies Conference, she said creating diverse and inclusive teams can lead to a workforce that’s more productive, more agile, more resilient and better suited to take on the digital transformation that’s being asked of I&O than a homogenous team would be.

The need for agility and resilience is a common theme in IT. For I&O teams, agile tech initiatives include just-in-time infrastructure, more integrated management and monitoring tools, and composable systems (a few of Gartner’s top trends impacting I&O in 2022).

“You have quite a few challenges, including attracting and retaining talent, driving innovation, and changing the culture of I&O. These problems are complicated and they’re pervasive,” Logan said.

There’s no one simple solution to these challenges, but prioritising diversity, equity and inclusion (DEI) is key to making headway.

“Diversity, equity, and inclusion programs can help you address some of the most important issues—talent shortages, innovation bottlenecks, and change resistance. Along the way, you can acquire new career-boosting skills and become resilient and adaptive to create the I&O teams that you need for the future,” Logan said.

IT has a reputation for a lack of diversity, and Logan shared some statistics.

In 1984, 37 per cent of graduates who received a technology or data-related degree were women. By 2018, that number had dropped to 19 per cent. By comparison, nearly 50 per cent of medical students and law students are women, Logan said.

“Gender balance in IT got worse and worse, while overall employment in ICT—information and communication technology—exploded,” Logan said.

Many minority groups, too, remain underrepresented in IT. The numbers are more complicated; minority populations of some kinds are underrepresented, but others are not. “It’s very much dependent on geography,” Logan said.

Specific to I&O, the numbers show the lack of gender diversity is pervasive.

The disadvantages of monoculture farming—growing only one kind of crop—include greater susceptibility to pests, diseases, and weather disruptions, and there are parallels in IT. “The problems with monocultures are that they are not adaptive, and they are not resilient. In other words, monocultures are fragile,” Logan said.

That needs to change for I&O to be able adapt to unpredictable and changing conditions, Logan said. “You must become resilient enough to weather the actual and metaphysical storms of the modern world.”

Skill shortages continue to escalate across all of IT. Today, 40 per cent of people in tech-related professions are looking for jobs, and they have plenty of options, Logan said.

Recruiting and retention—the number one problem for I&O teams, according to Gartner’s data—stands to benefit from DEI, Logan said.

In a PwC study, CEOs worldwide reported that a diverse and inclusive organisation improved their retention rate by 18 per cent. Ninety per cent of CEOs said that DEI programs help them to attract top talent, 85 per cent said that they enhanced business performance, and 78 per cent reported an improvement in innovation measures and new offerings.

The struggle to manage technical debt – another of the three biggest challenges facing I&O teams – also will suffer under a homogeneous workforce. The burden of legacy infrastructure impacts not only future IT investments but also workforce development.

“I&O leaders must reduce technical debt to free up resources for innovation,” Logan said. “Technical debt does not allow cultural agility. It’s like an anchor to hold you in place. Technical debt, and driving innovation and change, are inversely related.”

Lastly, the third top challenge for I&O leaders – facilitating culture change – can benefit from a more diverse and inclusive workforce.

“Culture change requires different ideas and different behaviors… DEI programs are one of the best ways to change culture,” Logan said. “We have 20 years of data that shows a positive correlation between various kinds of diversity – gender balance, ethnicity, thought, ability, disability – and superior business and IT performance.”

How to practice diversity, equity and inclusion

Logan shared a number of mindsets and behaviour shifts that I&O leaders can adopt to facilitate DEI.

It starts with learning the language of DEI and acknowledging the sensitivity of the topic, which makes using the right vocabulary even more important.

“Participating in the DEI conversation requires a common understanding of the DEI language. I had to learn it all, and I’m still learning,” Logan said. “You can learn it, too, and take your first steps to having the safe and civilised conversations that are going to make this work.”

Additional tips and best practices to consider, to make your organisation more diverse and inclusive, include:

“The trick is learning to be comfortable with difference, allowing it to persist,” Logan said. “People who are different from one another pitch together to create diversity of thought, and of action, and of outcome.”

We need to work harder to understand people who are different, she said.

“You can’t do this alone. But who’s responsible? You are,” Logan said. “As leaders, you control the two most important levers of culture change: inclusion and equity. … You can influence the culture around you with your mindset, the priorities you set, and your behavior.”

Buy-in from others in the company—colleagues, other managers, HR, executives—is critical to success. Use real numbers and examples to show why DEI makes good business sense and how the company will benefit.

Don’t expect it to be easy

“Heterogeneous cultures are more difficult to manage. But they are so much more productive, and they’re safer,” Logan said. Monoculture, meanwhile, can fail catastrophically and completely when the unexpected happens, she said. “With heterogeneous setups in farming and in infrastructure, you have more options.”

Lean on your experience

Some core IT leadership competencies include political savviness, the ability to influence others, the ability to empower others, a commitment to continuous learning, and an outcome-driven approach. Those skills are compatible with the traits of inclusive leadership: someone who supports team growth, fosters team accountability, embraces interpersonal integrity, and encourages productive conflict.

As leaders in I&O, “changes that you make and examples that you set are going to impact other people around you,” Logan said. “Leaders set the rules, the guidelines, the tone and the conduct of the teams that they lead. Leaders can do more to change culture than others. But change begins with you as a role model for diversity, equity, and inclusion in infrastructure and operations.”

Consider your own biases

“It takes courage to look inside yourself and learn about yourself,” Logan said. “Understanding how bias works will make you a better leader and a better decision maker. We can never eliminate all of our biases, especially the unconscious ones. But what we can do is become progressively more self-aware.”

Inclusivity is simple, Logan said. Allow everyone a voice in the meeting. Hold no-interruptions meetings. Call on people. Ask people who don’t often speak up to contribute. “Coach people who you know are competent, but maybe aren’t confident,” she said. “Mentor people who you think have potential.”

For example, you could aim to recognise someone on your team once a day for 30 days, Logan suggested. “You need to find out for each person what they like and how they like to be praised, some in private, some in public, some in email, some with major awards-giving ceremonies.” Learning what motivates people and how they like to receive recognition will enable you to be a better leader.

There are many paths to take to facilitate DEI, and there are countless metrics and tactics that cross recruiting, talent sourcing, employee engagement, training, compensation, leadership development, and performance management, to name a few functional areas. It’s complicated and daunting, but I&O leaders need to treat it like any other business process: “You have to pick goals, you have to have objectives,” Logan said. “Know where you’re starting from, intervene, and measure the outcome.”