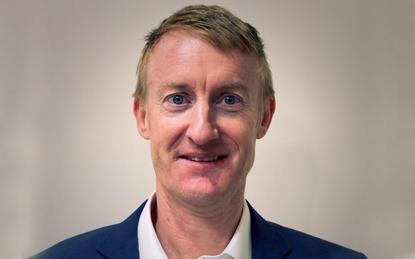 Singapore-headquartered cyber security firm Cybots is targeting the trans-Tasman channel as it expands into the Australian and New Zealand (A/NZ) market.

Now, the company is making inroads into the A/NZ market with a new base in Melbourne and its first channel manager for the A/NZ region.

In September, former Broadcom account director Michael Brooke stepped into the role of A/NZ channel partner manager for Cybots. Brooke’s Broadcom position arose from the vendor’s acquisition in 2019 of the enterprise security assets of cyber player Symantec, for which he was a channel account manager.

His first goal in the new role, according to Cybots, was to secure and enable partners to be able to position and resell the vendor’s solutions both commercially and technically.

Just a handful of months before Brooke’s appointment, former Direct Asia Insurance CEO Gary Denson became Cybots’ A/NZ CEO and country manager. He is tasked with developing the company’s business on both sides of the Tasman.

Together, the recent recruits are spearheading the company’s expansion into the local market.

The decision to launch in the local market comes in response to the rise in cyber attacks across A/NZ over the past year, a trend that has mirrored a global rise in such occurrences.

For Denson, small- to medium-sized enterprises (SMEs) are at high risk of cyber attacks, such as email phishing, malware, ransomware, denial of service or watering hole attacks.

“The biggest challenge facing SMEs is that modern cyber threats are usually well-hidden in their network,” Denson said. “This lack of visibility is the real danger and is an issue that we are aiming to solve.

“SMEs should take a proactive approach to easily accessible cyber security and not wait until they have been attacked to implement a solution. Our experts have been in this industry for over 15 years, and we have seen how far ahead of the curve modern cyber criminals have become,” he added.

Cybots isn't the only Singapore-based tech player making inroads in the A/NZ market, with Singtel IT services subsidiary NCS deepening its presence in Australia through the recent acquisition of Sydney-based Microsoft partner Eighty20.

Eighty20 was set to continue to run independently under NCS with all employees continuing in their roles, the service provider claimed at the time. The Microsoft partner's founders, John Kelly and Justin Rees, would also retain a "significant" minority stake and will keep their roles within the business, it was suggested.

“NCS is at the forefront of digital innovation and combined with their heritage in large scale transformations, particularly government, [this] makes them the perfect partner for our next phase of growth,” Rees said at the time.