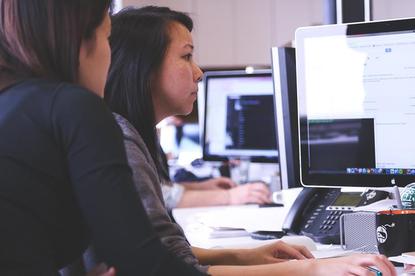 IT professionals in the Asia Pacific (APAC) region have seen average salaries surge by more than 10 per cent compared to a year ago, the biggest jump of any region globally.

This is according to new research by US-based corporate digital learning provider Skillsoft, which surveyed more than 9,300 IT decision makers and staff around the world from November 2020 to February 2021 for its latest annual Global Knowledge IT Skills and Salary Report.

The study found that 73 per cent of decision makers across APAC were facing critical skills gaps in their IT departments. Globally, this figure was 76 per cent, a 145 per cent increase since 2016.

While still a significant challenge, the latest figures actually represented the second consecutive year of slight improvement globally, with 79 per cent of decision makers facing critical skills gaps in 2019, and 78 per cent in 2020.

Moreover, 38 per cent of IT decision makers cited the rate of technological change amid rampant transformation as outpacing their existing skills development programs as the primary driver of the skills gap, followed by difficulty in attracting qualified candidates and lack of investment in training resources.

Regardless, the ongoing skills shortage locally and globally has seen employers using salary as an incentive to recruit new talent, with IT professionals in APAC now being paid on average US$6,435, or 10.2 per cent more, compared to a year ago.

Aside from executives and those in sales, the higher-paying positions globally were in cloud, risk management, security and IT project management, Skillsoft noted.

In Asia Pacific specifically, the findings differed slightly, with risk management, cyber or IT security and project or program management respectively being the top three positions in terms of salary.

And while IT professionals in Asia Pacific, as a whole, earned less than their North American counterparts, the local region was the only one globally in which IT staff typically earned more than IT decision makers.

Additionally, 52 per cent of respondents worldwide received a raise in the past year, attributing the increase to a variety of factors including job performance, developing new skills and obtaining industry certifications.

“While it is encouraging to see early signs of closing the gap, work is far from done. Organisations must place a bigger emphasis on investing in employee training, empowering professionals to earn new certifications and filling vacant roles with diverse candidates,” he added.

According to the report, one of the areas of value employers are looking for in potential recruits is relevant certifications in areas of rapid growth or demand.

Indeed, 64 per cent of IT decision makers globally suggested certified employees delivered US$10,000 or more in added value compared to non-certified team members.

Against this backdrop, the research revealed that 92 per cent of APAC respondents said they had at least one certification.

In terms of which IT certifications were associated with higher salaries on a regional level, the top-paying certifications in Asia Pacific, according to Skillsoft’s research, were:

Clearly, cyber security is a big-ticket area for employers, with the discipline holding the top investment space globally for the second year running, according to the report.

The research suggested that 50 per cent of IT departments worldwide were making cyber security a big priority, followed respectively by cloud computing and governance and compliance.

As such, cyber security and cloud computing skills are in greater demand globally than any other skills area.

However, cyber security and cloud were also the two most difficult hiring areas, the report claimed.

"The skills gap has attracted a great deal of attention in the past year, and it’s tempting to “COVID-coat” the problem,” it stated. “But, in reality, the skills gap preceded the pandemic, and it’s not going away any time soon. technology simply moves too fast."

Skillsoft suggested that, over the last six years, there has been a significant increase in the percentage of companies that are reporting a skills gap.

“The number one reason, for the second year in a row, is that the rate of technological change is outpacing skills development programs,” the report said.

Earlier this year, industry analyst firm Gartner claimed the current paucity of skilled IT worker was foiling the adoption of cloud, edge computing and automation technologies.

In its "2021-2023 Emerging Technology Roadmap" based on surveying 437 global firms, Gartner found that IT executives saw the talent shortage as the most significant barrier to deploying emerging technologies, including compute infrastructure and platform services, network security, digital workplace, IT automation and storage.

IT executives surveyed cited talent availability as the main challenge for adopting IT automation (75 per cent) and a significant amount of digital workplace technologies (41 per cent).

Lack of talent, meanwhile, was cited far more often than other barriers, such as implementation cost (29 per cent) or security risk (7 per cent), according to a statement from Yinuo Geng, research vice president at Gartner.

“The ongoing push toward remote work and the acceleration of hiring plans in 2021 has exacerbated IT-talent scarcity, especially for sourcing skills that enable cloud and edge, automation and continuous delivery,” Geng stated.

“As one example, of all the IT automation technologies profiled in the survey, only 20 per cent of them have moved ahead in the adoption cycle since 2020. The issue of talent is to blame here."