Meta and Microsoft move to tie Workplace and Teams closer together

The two companies have partnered to ease collaboration for shared customers, with a video streaming integration also in development and due early next year. 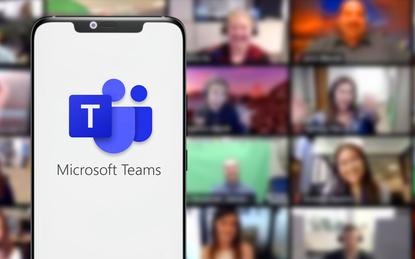 Microsoft Teams users can now access newsfeed updates in Meta’s Workplace enterprise social network without switching screens, thanks to a new integration announced by the two companies. And plans to enable streaming of Teams video calls directly from Workplace are also in the works.

The integrations are the first between Microsoft’s workstream collaboration tool and Workplace, which has more than 7 million paid subscribers. (There are already existing Workplace integrations with Office 365 apps, including Microsoft SharePoint and OneDrive, with support for Teams on the Meta (formerly Facebook) Portal video device due next month.)

The new integrations provide two functions. First, a Workplace app for Teams can be pinned to the Teams side navigation bar or added as a tab to provide access to the Workplace newsfeed within the app. Workplace content can be marked as “important” by Teams admins to draw users’ attention to certain information.

Individual users will also be able to pull content from a Workplace group into a Teams channel to highlight to colleagues, as well as react to Workplace posts directly from Teams.

The video integration, due in early 2022, will let users view a Teams video call from Workplace and comment in real-time. Presenters in Teams will be able to monitor view engagement and reactions in both apps simultaneously.

Although the two companies compete in a variety of ways (Microsoft’s Viva Connections also provides social network capabilities, for instance, and both recently unveiled competing visions for immersive collaboration) Wednesday’s move is an acknowledgement that many customers now rely on a range of tools to support employee collaboration.

The integration with Teams “will make it easier for people who use both tools for work to keep up to date with information and create even more opportunities for company-wide engagement,” said Ujjwal Singh, head of product at Workplace.

Singh, who said earlier this year that a Teams integration was in progress, pointed to joint customers that have already been trying out the integrations, Vodafone and Flight Center.

In a statement, Jeff Teper, Microsoft Teams CVP for product and engineering, said “it made sense for us to come together to help our mutual customers unlock collaboration and break down silos within their organisations.”

The integrations should be of particular benefit to Workplace customers who see the app as their central employee communications solution but use Teams for day-to-day productivity, said Angela Ashenden, principal analyst a CCS Insight. This is common at large organisations where communications and HR teams rely on Workplace, while IT is responsible for Teams as a collaboration and productivity platform, she said.

With that in mind, the integrations make a lot of sense for Meta since they help push information from Workplace to users where they tend to spend the bulk of their time. “By surfacing the newsfeed in Teams, Workplace can continue to reach those employees, while allowing comms and HR leaders to retain control over the communications and employee engagement platform strategy,” she said.

Ashenden noted, however, that while the integrations help connect the two platforms, users of both Teams and Workplace still face challenges — particularly due to the overlap between their respective chat functions, Teams Chat and Workplace Chat, which can create confusion for employees.