Burton has done time with SAP, IBM and VMware in addition to Google Cloud. 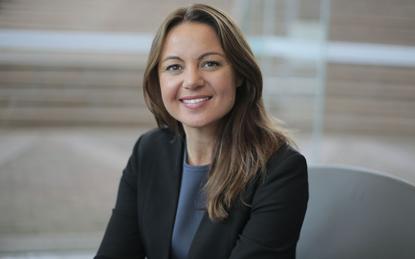 Burton had headed up Google Cloud’s partnerships and alliances business in Australia and New Zealand for close to four years before finishing up with the hyperscaler last week.

“Today is my last day at Google Cloud. What a phenomenal ride it has been,” Burton said in a social media update on 5 November. “I’m so proud of my incredible team, the amazing partner community we have built, the number of customers we have helped innovate with Google Cloud technology and, most of all, what I have learned.

“I feel very grateful for the past four years where I’ve had the opportunity to work with so many talented people and can’t wait to see Google Cloud continue on this hyper growth trajectory we started,” she added, thanking her former employer and its partner network for their support over the years.

Now, Burton is looking forward to taking up her next position with HashiCorp, a move that will see her tackle the vendor’s partner business across the region.

“This is such a great role, in a fantastic hyper growth company with really talented people at a stage of growth that I love being part of,” Burton said in her post.

At IBM, Burton was responsible for the growth and enablement of Big Blue’s partner ecosystem across A/NZ, through the vendor’s ‘One Channel Team’ push locally.

During her tenure at IBM, Burton led the channel through a period of sizeable industry change, as the tech giant moved to shed its traditional image in favour of a cloud-focused approach.

Prior to joining IBM in 2015, Burton was channel sales director for SAP in the local market for over two years, a role she took after more than six years with VMware, close to three of which she spent as A/NZ cloud and channels manager.

In February this year, HashiCorp signed a distribution agreement with Westcon-Comstor in the Southeast Asia and New Zealand markets, enhancing its focus on DevOps deployments across the enterprise.

In addition to New Zealand, the multi-country alliance spanned Singapore, Malaysia and Indonesia, alongside the Philippines, Thailand and Vietnam.

The move was designed to provide partners with access to the vendor’s full suite of solutions, built to help businesses leverage DevOps to accelerate cloud migration, manage hybrid infrastructure and develop applications.

“Adding HashiCorp to our technology portfolio is an exciting and critical milestone for Westcon, as we drive to execute our cloud channel strategy based on offering DevOps and cloud security solution bundles to our partners across Asia Pacific,” said Westcon-Comstor Asia Pacific executive vice president Patrick Aronson at the time.

“Organisations of all sizes trust HashiCorp tools to provision, secure, run and connect any application running in the public cloud," he added.