Lenovo, Apple, HP, Dell and Samsung made up the top five PC vendors in Q3. 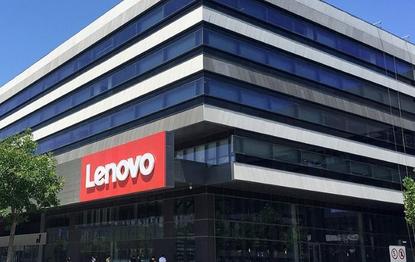 Global PC shipments, including tablets, fell 2 per cent year-on-year to 122.1 million units in the third quarter of 2021, as Lenovo maintains top spot among PC brands.

This is according to the latest data from analyst firm Canalys, which indicated that despite the 2 per cent drop in shipments during the three months to the end of September, figures were still still well above pre-pandemic levels, with a two-year compound average growth rate (CAGR) of 10 per cent from the third quarter of 2019.

HP felt the impact of supply constraints with a 6 per cent decline in annual shipments, followed by Dell and Samsung completing the top five.

Both tablets and Chromebooks were down after a string of successive growth quarters, the analyst firm noted, with tablet shipments falling 15 per cent year-on-year to 37.7 million units, as the need for tablets to support consumer and education use cases dropped off in most regions.

Chromebooks suffered an even steeper decline, with shipments down 37 per cent, Canalys said. This was primarily due to a slowdown in education spending in the US. Total Chromebook shipments reached 5.8 million units in the third quarter.

While the overall tablet market fell in the third quarter, most vendors still shipped volumes above pre-pandemic levels.

Apple shipped 15.2 million iPads, maintaining its lead in the rankings for the quarter, with flat year-on-year growth.

Samsung came in second despite a 20 per cent decline, shipping 7.2 million units in the third quarter. Lenovo, which maintained its momentum, was the only vendor in the top five to see modest growth, with 4.2 million units shipped, up two per cent year on year.

Amazon and Huawei made up the rest of the top five, with significant falls of 45 per cent and 51 per cent respectively.

“Despite the end of its stellar growth streak, the tablet market remains strong, considering the long period of declines that preceded the COVID-19 pandemic,” Canalys analyst Himani Mukka said. “After five consecutive growth quarters, all regions except Asia Pacific suffered a fall in shipments.

“In most of the world, demand from consumers and to support basic education functions for younger children has slowed compared to the height of the pandemic.

"But due to the large device penetration gap in APAC [Asia Pacific] and the region’s preference for tablets as a learning tool, demand is expected to persist until early next year. It’s also worth noting that despite the long refresh cycles for tablets, the installed base has ballooned over the last 18 months.”

Mukka noted that even if many choose not to upgrade their tablets in the coming years, shipment volumes are set to be elevated above what was expected prior to 2020.

“Beyond the consumer space, commercial deployments of tablets will be an important aspect of the accelerated digital transformation that businesses undertake as economic recoveries, new work styles and 5G deployments get underway,” Mukka said.

The Chromebook market was hit by a massive downturn, with a 37 per cent year-on-year fall in shipments (52 per cent quarter-on-quarter) in the third quarter. This comes as major education markets such as the US and Japan reach saturation point, with public sector funding of digital education programs slowing.

Chromebook vendors struggled across the board in the third quarter as the overall market shrunk considerably, the analyst firm said.