Technology giant's Workspace suite continues to evolve, but faces tough competition from Microsoft and other rivals in the productivity and collaboration software market. 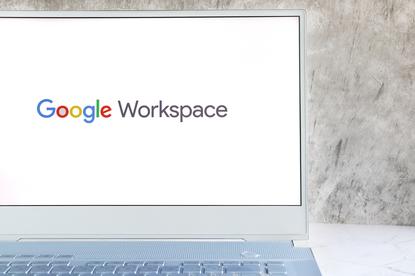 Google has been boasting since at least June that Workspace, its productivity and collaboration platform, has three billion users, highlighting the huge scale of its largely consumer customer base.

But for business adoption, the company still faces several barriers to wrestling market share from its biggest rival, Microsoft’s Office 365.

The latest Workspace user stats amount to a significant increase from two billion at the end of 2019. Although Google hasn't offered details, the majority of these are likely Gmail users: Google Workspace (previously G Suite) has four paid subscription options, and is also available for free, providing access to features such as Gmail, Drive, Docs, and Meet at no cost.

As of March 2020, there were six million paid customers, according to Google’s most recent publicly available stats.

Adoption by businesses -- particularly larger enterprises -- is growing, but slowly, according to analysts, particularly when it comes to matching the scale of market leader Microsoft and its Office 365 suite.

“Our market share analysis shows that Google is continually growing and taking market share, but at a rate that's still quite minimal: it’s not making a huge dent into what is a Microsoft-dominated space,” said Michael Woodbridge, research director at Gartner’s Digital Workplace, Content and Insights team.

Other research paints a similar picture. In Okta’s annual survey of workplace apps used by its own identity management software customers, Microsoft 365, which bundles Office 365 and Windows 10, remained as the clear leader, with Workspace in fourth place.

Okta’s view here is likely conservative: as a competitor to Microsoft’s Active Directory, its customer base naturally skews towards customers that use non-Microsoft products.

A recent CCS Insight report on app collaboration usage showed that Teams, the work stream collaboration tool within Office 365, is the most widely used (42 per cent of respondents), compared to Google Workspace as a whole (21 per cent). That latter number represents a 17 per cent increase from the previous year.

“It's quite an uptick year-on-year,” said Angela Ashenden, principal analyst at CCS Insight, citing adoption of Google’s Meet video app during the pandemic as a potential driver. Nevertheless, there’s still “some way to go” in terms of widespread enterprise adoption, she said.

Google has made several significant changes to Workspace since the arrival of general manager Javier Soltero from Microsoft in late 2019, as it works to convince more businesses to adopt the software suite.

The rebranding of Workspace from G Suite in 2020 coincided with efforts to remove some of the silos between applications, with interconnectedness emerging as a key theme in the past year. This has included the ability to access different Workspace apps without switching screens, such as being able to start a Meet video call directly from Docs to collaborate with colleagues.

Google earlier this year also introduced its Smart Canvas concept, which breaks down elements of its productivity apps into modular components -- such as tasks and polls -- that can be inserted into multiple documents and updated in real-time.

While others such as Microsoft and various startups have similar capabilities, it’s an example of how Google wants to support new ways of working going forward, particularly around hybrid remote work.

“If you create a platform where the bleed between the different capabilities is much more natural, then more people will use more parts of the product,” said Ashenden. This, in turn, makes the product stickier for users, with the potential to become “much more central to an organization's collaboration strategy,” she said.

At last week's Cloud Next event, Google furthered this aim of connectedness throughout its portfolio with the integration of AppSheet into Gmail, a move Google hopes will make the no-code platform it acquired last year more accessible to users.

Enabling new ways of working (such as popularising co-authoring) has long been a focus for the company with Google Apps, G Suite, and now Workspace. That message resonates even more at a time of significant disruption to how office work is carried out.

“The future of work is the battleground [for software vendors],” said Woodbridge. “Google comes at this with a proposition that provides you with new way of working… entirely browser-based, interlinked, collaborative, synchronous editing in all the applications, new content types. All of that starts to move an organization into thinking about work in a more collaborative way.”

However, that kind of messaging can be a double-edged sword; many businesses are conservative when it comes to change and slow to adopt either new technologies or different approaches to work.

“The proposition of huge disruptive change makes large enterprises anxious,” said Woodbridge, particularly when competing with -- or dislodging -- productivity and collaboration apps that workers may have used for decades.

Another strong point for Google Workspace in relation to Office 365 has been cost, and it remains unclear what impact Microsoft’s recent price increases here will have on market share.

A key area of competition between the Google and Microsoft suites involves workstream collaboration, said Woodbridge.

Although Workspace -- like G Suite before it -- features an instant messaging tool (called Chat in its most recent guise), Google’s strategy for collaboration largely centred around Gmail as the hub for teamwork in recent years. This played to one of Google’s advantages, the prevalence of its email client (there were 1.5 billion Gmail users in 2019).

There have been signs of a strategy shift, however, with greater emphasis now on Workspace Chat and Spaces, which arrived last month to replace Chat Rooms, as the way to connect workers. Spaces serves as a central area for collaborating on documents, viewing team messages, and more.

“Up until recently, they didn't have a direct equivalent for the likes of Teams and Slack,” said Woodbridge. Although Spaces is supposed to fill that gap, he said, it is still “pretty early in that cycle.”

“The adoption of Teams to support [collaboration] has grown exponentially over the past two years and Teams has become the primary user application within Microsoft 365 to support remote work. That’s not as strong in the Google platform,” said Woodbridge.

At Cloud Next, Google indicated that enabling users to get work done in Workspace is a priority and it's focusing on adding first-party integrations with its own tools with third-party apps.

Recent enhancements to Workspace’s integration with Miro contributed to this vision, as did the latest integration with Atlassian’s ticketing software Jira. However, Workspace lags rival workstream collaboration platforms that have more extensive ties with external apps, namely Salesforce’s Slack and Microsoft Teams.

In addition, those two companies have begun to strengthen ties with their own business apps, with the goal of more deeply embedding team collaboration into user workflows. It’s an area where Google lacks its own story: though it developed tools for the contact center in recent years, it doesn’t have its own portfolio of business apps to connect to Workspace.

“The big question they're trying to address is around workflows and integrations: ‘How do we bring processes into Workspace rather than it just being the place where you discuss things? How do we how do we make it where the work is done?’ That has been a bit of a gap in their strategy,” said Ashenden.

While Google is moving in the that direction, there’s more to be done in building out third-party integrations that enable workflows in Workspace.

“It's going to take a while before a.) they have enough of them and b.) before they communicate to customers that it's something they can do in Workspace. So there's definitely some catching up that needs to be done in that regard.”