3 ways to use data, analytics and machine learning in test automation 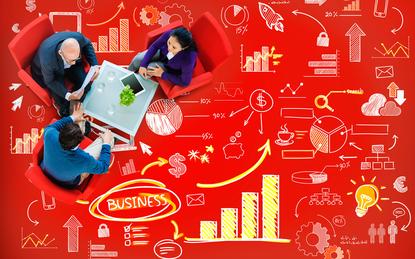 Furthermore, many applications are developed today by configuring software as a service (SaaS) or building low-code and no-code applications that also require testing the underlying business flows and processes.

Esko Hannula, product line manager at Copado, spoke to me about the recent acquisition of Qentinel and the testing challenges facing devops organizations. He believes machine learning is key to handling increasing test volumes.

“The quality of digital business is the quality of the code and testing that runs it. The more code there is to test, the more important it gets to marry machine learning with test automation. QA people and machine intelligence can support each other in making wise decisions based on data rather than a mere gut feeling.”

I recently wrote about using service virtualisation to develop more robust web service tests when building microservices or interfacing with many third-party APIs. I then looked a step further and researched testing capabilities based on data, analytics, and machine learning that development teams and QA test automation engineers can leverage to develop and support more robust testing.

These capabilities are emerging, with some testing platforms offering robust functionality today while others are in early adopter phases. Development teams should research and plan for these testing functions as they will all become mainstream capabilities.

An emerging approach is to use natural language processing (NLP) to document test cases. Sauce Labs recently acquired AutonomIQ, a tool that enables users to describe the testing steps in natural language and then their software automatically creates the test cases.

He describes the experience from a business perspective: “I have internal business processes that subject matter experts can describe in natural language, which NLP machine learning can then convert to test cases that can run as often as desired.

"I can then demonstrate to outside auditors that controls are followed properly. So, a codeless approach to creating test cases is an emerging way to document and validate business processes.”

Once QA engineers capture test cases, the next task is to generate sufficient test data to validate the underlying business rules and boundary conditions. Test data generation can be particularly challenging for open-ended experiences like search engines, complicated multi-field forms, document uploads, and testing with personally identifiable information or other sensitive data.

Failure analysis helps development teams research the root causes when tests fail. Kelly describes the challenge: “You have a thousand selenium tests, run them all, and get 300 failures. The team doesn’t know if it’s a broken API or something else and whether the problem will happen in production, knowing the test environment doesn’t fully reflect it. They’re interested in the root causes of test failures. Our models cohort the failed tests and report which tests are related to the same problem.”

Another challenge is optimising the test suite and determining which tests to run based on a release’s code changes. Testing teams can heuristically design a “smoke test,” a regression test around the essential app functionalities and flows.

But for devops teams implementing continuous testing, there’s an opportunity to connect the data between tests, code changes, and production systems and apply machine learning to choose which tests to run. Optimising the tests in a build is a much-needed capability for dev teams that release code frequently on mission-critical applications.

Yves Junqueira, CEO of YourBase, told me, “We see companies that have tens or even hundreds of thousands of tests. They want to improve their lead time to get code to production and improve developer productivity. These teams must make smart decisions about which tests are really necessary for their changes and want a better understanding of test failures.”

A third approach operates outside the testing environment and helps device engineers and software developers trace production errors, exceptions, and critical events. Backtrace provides this capability. Development teams use its aggregate error reporting and deduplication analytics to quickly find and resolve issues in gaming, mobile, or other embedded applications.

The key for devops organisations is recognising that driving frequent releases on more mission-critical applications requires a parallel effort to increase the automation, robustness, and intelligence in testing.