Superloop will continue to operate and support its Singapore network for a period of at least three years. 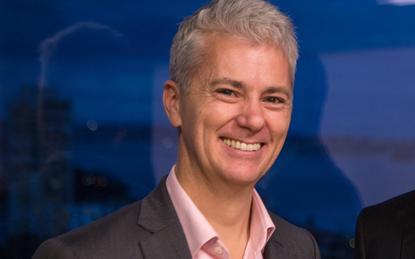 Australian publicly listed fibre network operator and connectivity services provider Superloop has sold off select assets from its Singapore operation, along with its Hong Kong business, in a deal worth A$140 million (S$140.2 million).

Columbia Capital and DigitalBridge Investment Management, the investment arm of US-based DigitalBridge Group, are the buyers of Superloop’s Asian assets, paying a price that Superloop claims represents a 30 per cent premium above the current carrying value of the assets.

Under the terms of the deal, Superloop will continue to operate and support its Singapore network for a period of at least three years under a transitional services agreement and a lit services management agreement.

It is hoped that this provision will let the company continue to participate in the Singapore and Hong Kong markets and provide end-to-end connectivity services to customers of the Indigo submarine cable in the region.

The second section of the Indigo subsea cable system began in late 2018, linking Singapore and Indonesia. The construction of both parts of the network was completed in December 2018.

Superloop, via its SubPartners business, is one of the member organisations of the consortium behind the network, along with AARnet, Google, Indosat, Singtel and Telstra, with each operator contributing specific components.

While set to pay A$15 million for its continued, 15-year usage of the Singapore and Hong Kong networks, Superloop will also receive a management fee of S$1.5 million per annum, plus any incremental capital expenditure required, to deliver the relevant services through the infrastructure.

Moreover, Columbia Capital and DigitalBridge will sign a preferential supply agreement with Superloop to carry traffic from the Singapore network to the Indigo network for a term of five years, during which the company will have the right to sell capacity on Indigo.

It is hoped the transaction means Superloop will have a more focused business, with an improved net-cash position balance sheet capacity to invest in organic growth and pursue strategic mergers and acquisitions (M&A) activity in its target customer segments.

“I recognised when I joined Superloop that one of our great opportunities was to look at the invested capital of the business and where appropriate, recycle it and re-invest in areas that will drive greater shareholder returns,” said Paul Tyler, Superloop CEO and managing director.

“This sale of our Hong Kong business and select Singapore assets, at a premium to their carrying values, allows the company to release significant shareholder funds and redeploy them into more strategically aligned assets, higher growth opportunities and markets.”

“We are delighted to be working with Columbia Capital and DigitalBridge, both of which are global leaders in digital infrastructure. This partnership will provide opportunities to work more closely to monetise our international assets and leverage our respective infrastructures and complementary customer base,” he added.

The completion of the sale is expected in early 2022.