CIOs assess ServiceNow’s latest Now platform update, which aims to make enterprise processes easier for employees to navigate, whether in the office, hybrid, or remote. 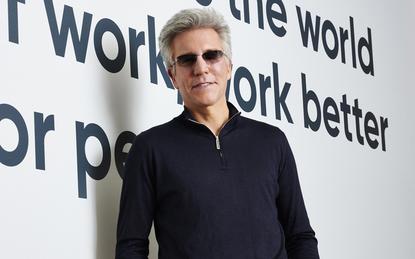 For years ServiceNow has been viewed predominantly as an IT service management (ITSM) vendor. Under CEO Bill McDermott, however, that strategy has shifted, and the company is evolving its Now platform to increasingly underpin processes in other areas of the enterprise.

Central to this shift is Now’s emphasis on workflows. “At [Now’s] core, there is a workflow automation engine that can be used for any business process,” said Stephen Elliot, group vice president for infrastructure and operations at IDC.

Because of this, Elliot and other industry analysts see ServiceNow moving beyond its ITSM roots into the enterprise at large. “There is a growing opportunity to think about ServiceNow across multiple business domains -- notably HR, employee workflows, customer support or service, and in the broader role of application development,” Elliot says.

Early in the pandemic, ServiceNow added workflows to Now to help companies manage their return to the office. The company expanded this emphasis on workflows in September of last year with its “Paris” release of Now. In March 2021, ServiceNow’s “Quebec” release added support for low-code development tools to enable enterprises to automate workflows. Now, with its latest release, “Rome,” ServiceNow is focusing on changing the employee experience.

For many companies, employee workflows find their home in a web portal that’s often a hodgepodge of pages encapsulating various applications. ServiceNow’s answer to this is Employee Center, which aims to tie together all the apps built on its platform in a single interface, providing employees with access to HR, IT, facilities, or procurement services in one place.

Options presented in Employee Center can be role-based, drawing on profile information held in ServiceNow or Active Directory, or based on “trending” requests or functions in demand by other employees. There’s also a search function that can find relevant information or processes using natural language understanding.

Another feature, Employee Journey Management, offers processes for onboarding, off-boarding, and other work transitions, which can be customised by HR teams using no-code tools.

“The timing is right for ServiceNow to focus on employee workflows,” said IDC’s Elliot. “For CIOs, they should consider how their current ServiceNow investments provide value across business functions, that complement their existing ServiceNow IT-specific investments.”

CIOs weigh in on Rome

The City of Santa Monica in California is one organisation that has had an early look at Rome’s capabilities.

Joseph Cevetello, who has been the city’s CIO for five years, brought in ServiceNow to digitise some of the city’s internal processes. “It’s the most extensible workflow system that I know of,” said Cevetello, who also uses Microsoft SharePoint. “There’s a lot of additional functionality that we’re going to be adopting that’s in Rome.”

The new Employee Center portal is arriving at the right time for Cevetello: The IT department is now responsible for the city’s website, which until recently was under the management of another department.

One thing he’s particularly looking forward to is ServiceNow’s new Mobile App Builder, which enables ServiceNow users to develop workflows on the Now platform and package them as native mobile apps. Santa Monica’s existing 311 app is already built to tie into the ServiceNow back end, and the new front-end development tool will enable Cevetello to capitalise on that.

He’s impatient for some other features scheduled for future releases to arrive, though, including the ability to edit complex PDF forms from the mobile app. The city has built its HR onboarding processes on ServiceNow, and the state of California requires many forms to be completed for new hires, something that still requires a PC.

Stephen Mansfield, CIO for the Americas region for Deloitte, also points to the new Employee Center and onboarding tools as significant for removing friction for new hires -- or for existing employees returning to the office.

“The message is very simple: ‘If you’re coming back to the office, go to ServiceNow. That’s where you do your screening, your registration, where you go to find a spot to work, anything that’s a service request,’” said Mansfield.

As for the new Mobile App Builder, he said, “We’re on our second or third generation of the mobile app, and we’re really excited about the investment they’re making here. They’re making it easier for our developers."

Mansfield’s organisation has been using ServiceNow with robotic process automation (RPA) for several years now to handle tasks such as responding to IT requests or processing invoices.

He has his eye on Rome’s new Automation Discovery tool, which monitors existing processes and recommends opportunities for an enterprise to automate work using other ServiceNow applications such as Virtual Agent, Auto Routing, and Agent Assist.

“We’re really delighted to see them push on that. They’ve got the right kind of architecture,” he said.

CIOs or businesses managers will still have to evaluate those automation recommendations for themselves, weighing the costs and benefits against those of other opportunities.

ServiceNow chief innovation officer Dave Wright said of the discovery tool, “It’s highlighting areas where it could be deployed, but it can’t estimate the cost of development work. In a lot of these cases the work isn’t actually development work, it tends to be subject matter expert work, encoding someone’s knowledge or allowing them to say what the agent conversation should look like.”