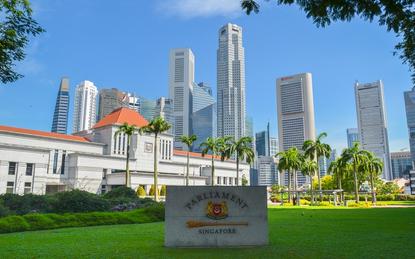 Singapore has introduced proposed legislation that, if passed into law, would give the country’s Minister for Home Affairs powers to order internet access service providers to block content deemed foreign interference in Singapore’s domestic affairs.

On 13 September, the Ministry of Home Affairs (MHA) introduced the Foreign Interference (Countermeasures) Bill for first reading in Parliament.

“The Bill will strengthen our ability to prevent, detect and disrupt foreign interference in our domestic politics conducted through...hostile information campaigns (HICs) and...the use of local proxies,” the Ministry said.

Under the proposed legislation, the Minister for Home Affairs would have the powers to issue directions to operators of social media services, relevant electronic services, internet access services, as well as individuals who own or run websites, blogs or social media pages, to help authorities investigate and counter “hostile communications” activity of foreign origin.

“These provisions do not apply to Singaporeans expressing their own views on political matters, unless they are agents of a foreign principal,” the Ministry said. “Singaporeans have the right to discuss politics.

“Nor do they apply to foreign individuals or foreign publications reporting or commenting on Singapore politics, in an open, transparent and attributable way, even if their comments may be critical of Singapore or the government,” it added.

Under the proposed laws, if there is reason to believe that social media or relevant electronic service user accounts are being used or being set up with the intent of being used for hostile information campaigns, the Minister would be able to issue ‘Account Restriction Directions’ to the providers of these services.

These directions would require them to block content in these accounts from being viewed in Singapore, the Ministry noted.

The Bill also provides the Minister with the powers to take down content that is deemed to be part of a hostile information campaign.

“This is especially necessary when the content can cause immediate and significant harm in Singapore, such as inciting violence or causing hostility between groups,” the Ministry said.