IT executives have plans to invest in emerging technologies despite the challenge of finding IT pros with the right training. 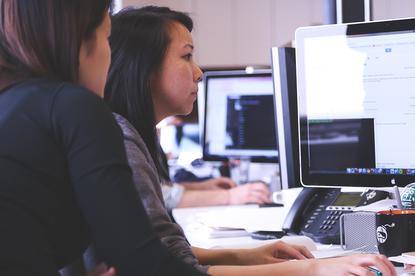 Industry analyst firm Gartner says the current paucity of skilled IT worker is foiling the adoption of cloud, edge computing, and automation technologies.

In its "2021-2023 Emerging Technology Roadmap" based on surveying 437 global firms, Gartner found that IT executives see the talent shortage as the most significant barrier to deploying emerging technologies, including compute infrastructure and platform services, network security, digital workplace, IT automation, and storage.

IT executives surveyed cited talent availability as the main challenge for adopting IT automation (75 per cent) and a significant amount of digital workplace technologies (41 per cent).

Lack of talent was cited far more often than other barriers, such as implementation cost (29 per cent) or security risk (7 per cent), according to a statement from Yinuo Geng, research vice president at Gartner.

“The ongoing push toward remote work and the acceleration of hiring plans in 2021 has exacerbated IT-talent scarcity, especially for sourcing skills that enable cloud and edge, automation and continuous delivery,” Geng stated.

“As one example, of all the IT automation technologies profiled in the survey, only 20 per cent of them have moved ahead in the adoption cycle since 2020. The issue of talent is to blame here.”

Even with the skills challenges, IT leaders have increased the adoption of emerging technologies to drive innovation as organisations begin to recover from the pandemic, Gartner says.

Across all technology domains, 58 per cent of respondents reported either an increase or a plan to increase emerging technology investment in 2021, compared with 29 per cent in 2020, Gartner stated.

According to the survey, building resilience and improving critical IT infrastructure are top priorities among I&O and other IT leaders in 2021. As a result, orgnisations are prioritising cloud and security deployments.

“To allow the smooth movement of information between physical and virtual locations, organisations are investing heavily in creating a strong hybrid-cloud base, supported by multicloud technologies,” Gartner stated.

“Distributed cloud systems, cloud access security brokers (CASBs) and cloud enterprise-resource planning (ERP) are among those reaching the deployment phase in 2021, with respondents stating that resilience is the primary investment driver for 63 per cent of these cloud technologies.”

In addition, infrastructure security is a priority for organisations as they tackle rising threats, particularly to endpoint devices in hybrid work environments.

From 2020 to 2021, the number of security technologies being deployed rose sharply—from 15 per cent to 84 per cent, Gartner stated.

In 2021, 64 per cent of respondents reported they have either increased or are planning to increase investments in security technologies, up from just 31 per cent in 2020.

“I&O leaders who do not revise their infrastructure-security strategy will face challenges due to the continued rise in the ransomware attack surface for enterprises,” Geng stated.