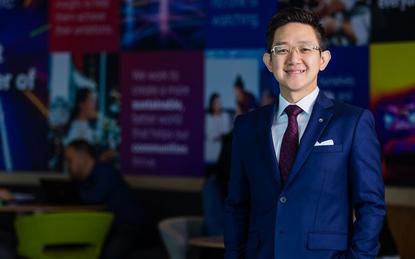 Japanese technology services provider NTT has rolled out Cisco equipment for the Indonesian arm of Singapore headquartered telecommunications provider MyRepublic to help it handle a Covid-prompted demand surge in the country.

The project with NTT came after MyRepublic saw an influx of subscribers in Indonesia relying on internet connectivity for home working, education and entertainment, resulting in a sudden increase in subscribers’ data usage, placing additional strain on the telco provider’s network infrastructure.

To cope with twice its usual traffic demand in the country, the telco needed to upgrade its existing infrastructure to something that was more agile and scalable.

Ultimately, NTT was tasked with delivering future-proof solutions for MyRepublic in Indonesia to help it address it demand-driven challenge, while meeting a tight project completion timeline.

“Our services are heavily focused on customer satisfaction and this partnership with NTT has been revolutionary in bringing digital experience through a highly scalable connectivity franchise model,” said Andrijanto Muljono, CEO of MyRepublic Indonesia.

“We have a strong, long-standing relationship with NTT and they were able to not only meet our high expectation in terms of fast project completion, but also provide differentiable services through their cross-technology expertise to future-proof our network infrastructure,” he added.

The new technology was rolled out in four months, according to NTT, with the project achieving full-scale implementation.

Now, it is claimed that MyRepublic has increased bandwidth for its end customers and can automatically provision devices for its staff across the network using software images and configuration files – a big help during lockdowns when staff are unable to visit offices to upgrade and patch their PCs.

From the perspective of NTT Indonesia Solutions CEO Hendra Lesmana, MyRepublic was not alone in the challenges it faced as demand grew following the onset of the pandemic.

“Since the Covid-19 outbreak, telecommunications providers have found themselves at the centre of a fast-changing world,” Lesmana said. “There was a massive surge in demand for communications and connectivity as the entire population stayed at home, resulting in digital infrastructure becoming increasingly important for human interaction amid national lockdowns.

“We are honoured to have been tasked to lead this project within such an accelerated timeline to deliver solutions with agility and scalability.

“At NTT, we pride ourselves on having comprehensive managed IT services, which allowed MyRepublic to focus on their business performance and ever-changing business demands with minimal interruptions,” he added.

Earlier this year, Indonesian mobile telco XL Axiata wrapped up a year-long project in partnership with NTT to consolidate its legacy IT environment into a private IT cloud infrastructure.

The project was largely aimed at reducing XL Axiata’s total cost of ownership (TCO) for its IT infrastructure, along with accelerating cloud migration and improving workflow efficiency, time to market and resource agility.

Broadly, the project saw the Japanese global systems integrator (GSI) implement a private IT cloud infrastructure for XL Axiata, which had several internal IT requirements that needed urgent virtualisation into a new self-sufficient cloud platform.

Specifically, NTT integrated solutions from VMware, Cisco, F5, Check Point, Dell, Veeam and McAfee into a single solution to create a unified IT cloud infrastructure, enabling XL Axiata to consolidate its end-to-end components, such as servers, storage, networks and security.