Appoints Ed Lowther-Harris as MD and David Raitt as GM. 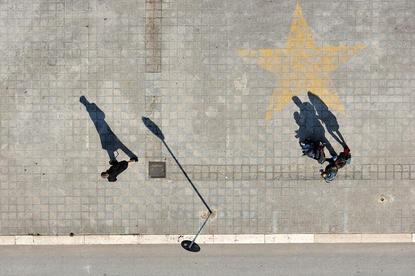 Singapore-based data company Near has boosted its Australian and New Zealand leadership with the hire of Ed Lowther-Harris as managing director.

Lowther-Harris will now be tasked with accelerating Near's regional go-to-market efforts and providing support for Near’s growing customer base and channel partner ecosystem.

Lowther-Harris joins Near Australian Environmental Lending, where he served as managing director. Prior to that, he was a sales director at Data Republic and has held roles at the likes of Capgemini and Arthur Andersen, as well as start-ups like Trade Ledger.

"I had been following Near for many years,” said Lowther-Harris. "Everything from their seasoned leadership, and their vision of transforming the way companies utilise data to understand consumer behaviour, is unmatched. In a few short months, we've delivered projects that have never before been possible—and we're just getting started."

The Telstra Ventures-backed platform operator has also hired David Raitt as general manager, who will be charged with bringing his marketing background to Near’s scaling efforts.

Raitt previously served as VP of business development for Immutable and was responsible for scaling the company. Previously, he spent over two decades in commercial teams at Theorem, Spotify and Google.

“Hiring the best and brightest has always been core to our company's success—Ed and David are shining examples," said Anil Mathews, founder and CEO at Near. "Their contributions will be key for us as we continue to expand our regional footprint across Australia and New Zealand.”

Founded in 2012, Near is headquartered in Singapore with offices in San Francisco, New York, London, Bangalore, Tokyo, as well as Sydney.