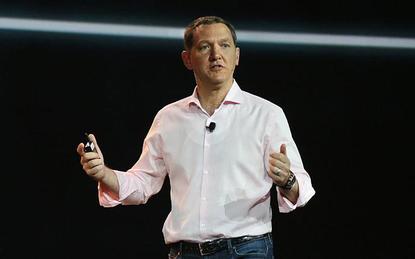 IBM president Jim Whitehurst has stepped down amid a leadership reshuffle two years after steering Red Hat through its US$34 billion acquisition by Big Blue.

Whitehurst was Red Hat CEO at the time of its mega-deal and has been “instrumental in articulating IBM’s strategy” and ensuring the two “work well together”, IBM CEO Arvind Krishna said.

Although Whitehurst will no longer serve as president, he will remain within the IBM fold as senior advisor to the leadership team.

Before its acquisition, Whitehurst spearheaded Red Hat to evolve from an open-source vendor to a cloud software dynamo. At the time of its acquisition, he was expected to help drive IBM’s hybrid cloud ambitions.

According to a report last year by Technology Business Research (TBR), the promotion of Whitehurst to president was a clear signal to customers and partners in the upcoming cultural shift at IBM.

“In promoting Whitehurst to the role of president, IBM signals to customers, investors and employees that it will be changing its internal operating models to be more like those of Red Hat,” the analyst firm wrote.

According to Krishna, van Kranlingen decided to stay in the role to help in transition when he took over from Ginny Rometty as CEO in April 2020.

She will retire from the company after a year but will remain senior vice president of special projects until then.

Van Kranlingen will be replaced by Rob Thomas, who has previously led various parts of IBM’s business such as data and artificial intelligence, hardware, services, and software. He will now be charged with a new go-to-market strategy.