The new T2D instance, based on the latest generation of EPYC processors, is expected to offer 56 per cent higher absolute performance. 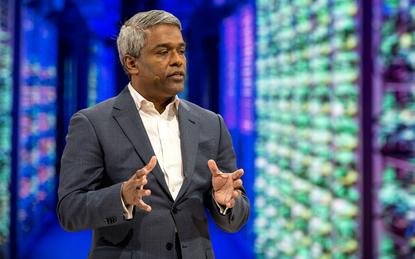 Google Cloud is set to launch the first instance in its new family of Tau virtual machines (VMs), built on the third generation of AMD’s EPYC processors, released earlier this year.

The chipmaker launched its new AMD EPYC 7003 Series CPUs in March, claiming at the time that the new processors would offer high performance computing (HPC), cloud and enterprise customers higher performance than other processors, with up to 19 per cent more instructions per clock.

Now, it’s Google Cloud’s turn to tout its new AMD-powered offering, claiming that the new processors allow its customers to seamlessly integrate workloads with their existing x86 ecosystems, enabling applications and frameworks to work with the T2D instances.

The new instances are offered in eight different predefined VM shapes, with up to 60 vCPUs per VM and up to 4GB of memory per vCPU, making this technology ideal for scale-out workloads, AMD noted.

“We work closely with Google Cloud and are proud they selected AMD to exclusively power the new Tau VM T2D instance which provides customers with powerful new options to run their most demanding scale-out workloads,” she said.

Google Cloud's T2D VMs will become available in the third calendar quarter of 2021.