From blazing-fast web apps to Python data science in the browser, these programming language and compiler projects offer 10 different twists on the promise of WebAssembly. 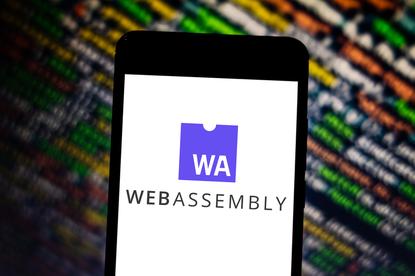 Today’s web applications are nowhere near as fast and responsive as native desktop applications, but what if they could be? That’s the promise of WebAssembly.

WebAssembly is a low-level, assembly-like language with a compact binary format that runs with near-native performance in web browsers. At the same time, WebAssembly provides a portable compilation target for C/C++, C#, Rust, Go, Kotlin, Swift, and other programming languages.

Hailed as a way to both improve web application performance and allow languages other than JavaScript to be used in the development of browser apps, WebAssembly is championed by Google, Mozilla, Apple, and Microsoft, all of which support the technology in their browser engines.

WebAssembly has led to the development of a range of new technologies, including whole new programming languages, that harness its power. Following are 10 language projects that have made big bets on WebAssembly.

Binaryen is a compiler toolchain infrastructure library for WebAssembly. Written in C++, Binaryen is intended to make compiling to WebAssembly easy, effective, and fast. It has a C API in a single header, and it can be used from JavaScript. Input is accepted in WebAssembly-like form but a general control graph also is accepted for compilers that prefer it.

The internal IR (intermediate representation) of Binaryen uses compact data structures and draws on all CPU cores for parallel codegen and optimisation. The IR also compiles down to WebAssembly easily because it is essentially a subset of WebAssembly. WebAssembly-specific optimisations improve both code size and speed, making Binaryen useful as a compiler back end by itself.

Blazor WebAssembly is a framework for building interactive, client-side, single-page web apps using .NET, and hosting those apps in modern browsers (including mobile browsers) on a WebAssembly-based .NET runtime. No plug-ins or recompiling of code into other languages is required. The runtime enables the .NET code to access browser functionality via WebAssembly’s JavaScript APIs.

Instructions for getting started with Blazor can be found at dotnet.microsoft.com.

Leaning Technologies’ Cheerp is positioned as an enterprise-grade C/C++ compiler for the web, compiling C and C++, up to C++ 17, into WebAssembly, JavaScript, or a combination of the two. Cheerp is integrated into LLVM/Clang infrastructure, with custom optimisations intended to improve performance and minimise the size of the compiled output.

Primarily used to port existing C/C++ libraries and applications to HTML5, Cheerp also can be used to write web applications and WebAssembly components. Cheerp is offered under open source and commercial licenses.

CheerpJ leverages three components: an AOT (ahead-of-time) compiler, a runtime in WebAssembly and JavaScript, and JavaScript DOM interoperability APIs, to access the DOM from Java. With CheerpJ, JAR archives can be compiled using the AOT compiler. CheerpJ does not require any server-side support.

This open source compiler toolchain compiles C and C++, or any other language using LLVM compiler technology, into WebAssembly for deployment on the web, Node.js, or a Wasm runtime such as Wasmer.

The Emscripten compiler, emcc, also emits JavaScript that provides API support to the compiled code. Emscripten has been used to convert a list of real-world codebases into WebAssembly, including commercial codebases such as the Unreal Engine 4 game engine and Unity 3D platform.

Forest is a functional programming language that compiles to WebAssembly. The goal behind Forest is to provide a language that makes it easier to create web apps that are complex, interactive, and functional, but without the traditional overhead of that approach, developer Nick Johnstone said.

Design principles of the Forest language include ease of collaboration, painless-as-possible testing, and agreement on structure and semantics, while agreeing to disagree on syntax. Johnstone strives to make Forest fast enough for building complex games so that normal web apps will be “blazing fast.”

The Grain language brings features from academic and functional languages to the 21st century, the project website states. Compiling to WebAssembly via the Binaryen toolchain and compiler infrastructure, Grain can run in the browser, on the server, and potentially anywhere. There are no runtime type errors and no need for type annotations.

The Grain toolchain features a CLI, compiler, runtime, and standard library, shipping as a single binary. Developers will need Node.js and Yarn to build Grain from source, and binaries are available for Linux, MacOS, and Windows.

You can find instructions for getting started with Grain at grain-lang.org.

JWebAssembly, from I-Net Software, is a Java bytecode to WebAssembly compiler that takes Java class files as input and generates WebAssembly binary format (.wasm file) or text format (.wat file) as output. The target is to run natively in the browser with WebAssembly. In theory, JWebAssembly can compile any language that compiles to Java bytecode such as Clojure, Groovy, JRuby, Kotlin, and Scala, pending testing.

JWebAssembly is not yet production-ready. Although everything necessary for the JWebAssembly 1.0 release has been implemented, testing still remains to be done. The version 1.0 roadmap calls for capabilities such as a Java bytecode parser, a test framework, and a Gradle plug-in. I-Net Software expects to ship JWebAssembly 1.0 this year.

The Pyodide project, which recently moved from Mozilla to become an independent project, compiles Python and the Python scientific stack to WebAssembly, bringing the Python 3.8 runtime, NumPy, SciPy, Matplotlib, Scikit-learn, and dozens of other packages to the browser.

Pyodide provides transparent conversion of objects between JavaScript and Python, and gives Python access to web APIs. Pyodide began in 2018 as part of the Iodide project for doing data science in a browser. Pyodide can be tried from a REPL in the browser.

You can find instructions for downloading and using Pyodide at pyodide.org.

An ahead-of-time compiler for Java bytecode, TeaVM emits WebAssembly and JavaScript to run in the browser. However, note that WebAssembly support is currently experimental.

In addition, TeaVM relies on existing compilers such as javac, kotlinc, and scalac, so can compile Kotlin and Scala code as well as Java. TeaVM is primarily a web development tool; it’s not designed for taking large codebases in Java or Kotlin and producing JavaScript. A TeaVM subproject, Flavour, serves as a framework for writing single-page web applications.

You can find instructions for downloading and using TeaVM on GitHub.