DCI plans to build up to 15 data centre buildings with a total capacity of 300MW. 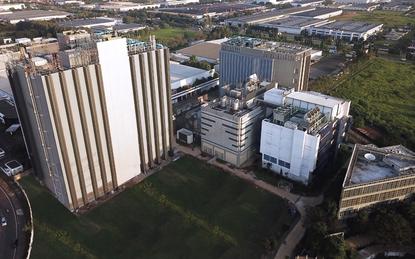 DCI Indonesia has opened the fourth of an intended fleet of up to 15 data centres, with the new facility in Cibitung, West Java, featuring a total power capacity of 15MW.

With the new building, the Indonesian data centre infrastructure provider is pulling total power capacity across its four data centre sites of 37 MW. The company claims this energy tally makes it the leader in Indonesia's data centre colocation market, according to a 2020 report by Structure Research.

The new data centre site, dubbed JK5, has been built to align with the Indonesian government’s ‘Making Indonesia 4.0’ initiative, supporting the long-term growth of Indonesia's digital economy with its market value expected to reach US$130 billion by 2025.

From DCI Indonesia’s perspective, the government’s initiative will mean local data centre providers must be able to cater to surging demand as data centres play an increasingly crucial role as the backbone in providing infrastructure for Indonesia's growing digital economy.

As a result, DCI plans to build up to 15 data centre buildings with a total capacity of 300MW, equipped with internationally certified infrastructure in an effort to, in the company’s own words, set a new standard for Indonesia's data centre industry.

The unveiling of the new site comes just a handful of months after DCI Indonesia went public on the Indonesia Stock Exchange (IDX).

DCI has a history of staking a claim as the first Tier IV data centre in Southeast Asia, which was established in 2011 and has been operating since 2013.

The company’s CEO Toto Sugiri said in January this year that the decision to go public was part of the company’s growth strategy. Given that the global demand for cloud technology continues to grow, the hyperscale data centre industry in Indonesia is expected to benefit greatly from this boom, the company noted.

“With the rapid growth of Indonesia’s digital economy, demand for colocation services with high standards have flourished,” Marco Cioffi, DCI’s operations director, said in April. “To align with demand, we are expanding connections within the data centre ecosystem, implementing artificial intelligence (AI) and predictive maintenance, and increasing energy efficiency in our data centres.

“With AI and predictive maintenance, it is easier to detect risks of any incidents in the data centre infrastructure. They also lower risks of human error in the operational process,” he added.