Indonesia’s fixed-line comms revenue to surge, mobile services not so much

While fixed-line broadband in Indonesia is looking up, the country’s mobile services market is anticipated to experience a much more leisurely growth rate over the next few years. 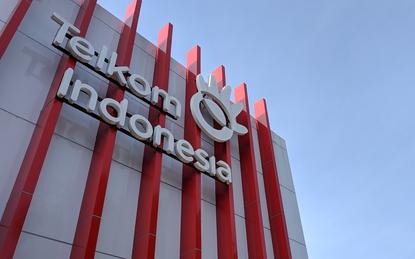 Strong growth in fixed broadband service adoption in Indonesia is driving revenue in the country’s fixed communications services market as a whole, which is set to increase at a compound annual growth rate (CAGR) of 13.3 per cent, from US$2.9 billion in 2020 to US$5.3 billion by 2025.

New research from industry analyst firm GlobalData suggests that fixed broadband accounts in the country will grow at a robust CAGR of 19.8 per cent over the five-year forecast period, led by rising adoption of high-speed fibre-optic broadband services.

The analyst firm expects fibre-to-the-home/business (FTTH/B) lines to go on to account for the vast majority – 94 per cent – of total fixed broadband accounts in the country by the end of 2025, driven by rising demand for high-speed broadband services and further expansion of fibre-optic networks in the country.

By contrast, fixed voice service revenue in Indonesia is expected to grow at a CAGR of 11.3 per cent over the forecast period, driven by growing adoption of packet switched voice-over IP (VoIP) services.

According to Harendra Sharma, GlobalData associate analyst, as new fibre connections surge, cable and DSL’s share in the overall fixed broadband line mix will decline to reach 3.7 per cent and 2.2 per cent, respectively, by the end of forecast period.

“Telkom Indonesia is expected to lead both fixed voice and broadband service segments, by subscriptions over the forecast period 2020-2025,” Sharma said. “Telkom Indonesia’s strong footprint in the traditional circuit switched segment as well as in VoIP segment will support its leadership position in the fixed voice services market.

“Its leadership in the fixed broadband segment can be attributed to the ongoing modernisation of its fixed infrastructure with fiber-optic networks across the nation,” Sharma added.

While fixed-line broadband in Indonesia is looking up, the country’s mobile services market is anticipated to experience a much more leisurely, indeed sluggish, growth rate over the next few years.

According to GlobalData’s analysis, Indonesia’s mobile services market will see overall revenue grow at a CAGR of just 1 per cent, from US$10.1 billion in 2020 to US$10.5 billion in 2025, as a continued decline in mobile voice revenues offsets the steady progress made in the mobile data service segment.

Indeed, mobile voice service revenues are expected to decline by about 6 per cent over GlobalData’s forecast period. This is largely due to falling voice average revenue per user (ARPU) levels as users increasingly switch to over-the-top (OTT) communication platforms like WhatsApp and Google Duo.

However, Indonesian mobile data service revenues are set to grow at a CAGR of 4 per cent over 2020-2025, driven by a continued rise in smartphone penetration, robust growth in high-ARPU yielding 4G subscriptions and rising consumption of mobile data services over the forecast period.

“Smartphone subscriptions in Indonesia are poised to reach 336.4 million in 2025, driven by the expansion of 4G services in the country, along with bundled plans and promotional discounts offered by operators on smartphones purchases,” said Antariksh Raut, GlobalData telecom analyst.

“State-owned Telkomsel will remain the leading mobile operator through the forecast period. Telkomsel’s leadership in the mobile services market will be supported by strong focus on 4G network expansions to underserved areas and early lead in 5G trials,” he added.