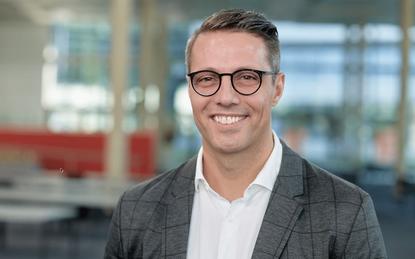 Microsoft Azure’s preferred status for hosting S/4 HANA appears to be coming to an end. SAP, which has been recommending pairing its ERP suite with Azure as part of a deal it struck with Microsoft, will now encourage customers to host S/4 HANA wherever they want.

According to SAP, the companies’ Embrace partnership will now refocus on customer choice. At the same time, SAP is pushing a new way to pay for its software: a subscription-based, hosted offering that it calls “Rise with SAP,” which will be in the spotlight at its Sapphire Now 2021 customer event in June.

“On the underlying infrastructure, Azure is a big partner for Rise, but we have expanded here our support for the other hyperscaler providers, AWS and Google and Alicloud,” said Jan Gilg, president of SAP S/4 HANA.

The partnership with Microsoft will continue, he said, “especially on the application layer.”

In January SAP and Microsoft announced plans to integrate Microsoft Teams with SAP’s ERP, HR, and CRM applications. Customers will be presenting their experience of that integration at Sapphire Now.

The Embrace project started out in May 2019 as a way for SAP to promote a reference architecture for partners to move its applications to the cloud, hosting them either with Amazon Web Services (AWS), Google Cloud Platform (GCP), or Microsoft Azure.

In October that same year, however, it became a partnership between SAP and Microsoft, with Microsoft agreeing to resell components of SAP Cloud Platform alongside Azure, and SAP selecting Microsoft Azure as its preferred cloud partner.

In practice, SAP’s preference for Azure wasn’t all that strong, and it continued to help customers migrate their applications to other clouds, Robinson told Insider.

That’s borne out by others, too. “We didn’t see SAP pushing Azure,” said Len Riley, a practice leader at UpperEdge, a consultancy that advises enterprises on IT sourcing. Inside SAP, executives felt the deal was one-sided in another way.

In its original vision for the Embrace project, SAP hoped that by working more closely with all the hyperscalers to move its workloads to the cloud, it would have an opportunity to upsell other applications and services to their joint customers, according to one former SAP executive who worked there at the time.

“We wanted a seat at the table,” said the executive.

The decision to then make Microsoft a preferred partner was puzzling to this executive: “Microsoft was the most competitive with us. They have Dynamics 365.”

As another ex-SAP executive with knowledge of the Embrace deal said: “SAP got left behind, and Microsoft got account control.” That, said the executive, gave Microsoft the opportunity to chip away at the non-core functionality that SAP offered, such as CRM or HCM.

Microsoft has a bigger seat at the table than SAP at most of their joint enterprise customers, because in addition to infrastructure-as-a-service, it also sells them collaboration and desktop software, according to UpperEdge’s Riley.

SAP’s influence over its customers waned following the departure of former CEO Bill McDermott, now at ServiceNow, the ousting of co-CEO Jen Morgan, and loss of president of Cloud Business Rob Enslin to a similar role at Google, Riley said. “The power that McDermott had to literally pick up the phone and get into the C-suite, it was automatic,” he said. “No one said no to that meeting.”

Through the launch of Rise with SAP, the subscription-based hosted offering that can be pitched directly to the CEO, “I think they wanted to try to re-establish account control,” said Riley.In practice, though, the all-in-one enterprise software-as-a-service model pioneered by Salesforce.com is more likely to appeal to mid-market customers, he added.

“At the enterprise level, where they are looking to have direct relationships with the hyperscalers and manage the application support internally or through a partner, a TCS or a Cognizant, I think SAP is going to struggle to penetrate the market at that level with Rise.”