The government is concluding its review into new data centres and will be sharing its plans with the industry later this year. 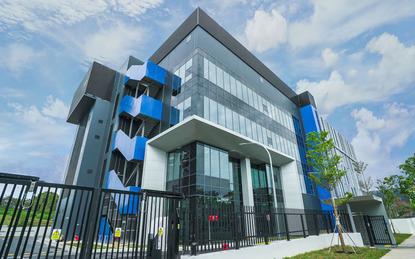 Data centre operators in the Singapore market largely back the government’s push for environmentally sustainable development of data centre infrastructure, but challenges remain.

“Singapore’s political stability and reliable infrastructure are conducive for operating DCs [data centres]. However, DCs are intensive users of water and electricity,” Chan Chun Sing said in the Parliamentary reply, published in February. “We will thus need to manage the DC ecosystem to ensure that it is environmentally sustainable, while supporting our business needs.

“The government therefore decided to moderate the growth of DCs with a temporary pause on the release of State land for DCs, as well as the development of DCs on existing State land,” Chan said. “The government informed the industry in 2019 and has been consulting them on ideas to enable their growth in a sustainable manner.

Now, according to Chan, the government is concluding its review and will be sharing its plans with the industry later this year.

For data centre providers operating in Singapore, the move has complicated recent development plans to some degree.

Mark Smith, Asia Pacific managing director of global data centre provider Digital Realty, said that although sustainability was important globally, data centres are only going to become more vital to the local economy over time, meaning that a sustainable approach to data centre growth in Singapore was ‘critical’.

“We believe sustainability is a global mandate and not just specific to Singapore,” Smith told Channel Asia. “It would be a key priority in the Asia Pacific region, going forward. Singapore is leading the way in driving the sustainability agenda in the region.

“Working towards sustainable data centre growth would be critical for Singapore to retain its digital competitiveness and status as a global data centre hub,” he added.

Digital Realty has three data centre campuses in Singapore. Its Digital Loyang II or SIN12 campus, which is its latest data centre in Singapore, was approved for construction before the government’s moratorium came into effect in 2019.

Smith pointed out that, with Singapore’s push to go green, more businesses would be aware of their environmental footprint and act upon being more sustainable – a trend that he welcomed, stressing that the government’s actions have not deterred the company from continuing to maintain its presence in the Singapore market.

“We believe that all stakeholders including industry, academia and government have to come together to realise the green vision,” he said. “Sustainability is a core tenet for Digital Realty, and we acknowledge that balancing digitalisation and sustainability will be the key to the future.

“Singapore will continue to be a strategic market for Digital Realty,” he added.

AirTrunk’s SGP1 facility was launched in December last year, with the company claiming at the time that it was Singapore’s largest and most efficient independent data centre.

The company maintains that SGP1’s design power usage effectiveness (PUE) is the lowest in the market, coming in well below Singapore’s Building and Construction Authority (BCA) Green Mark Platinum marks in terms of energy efficiency.

Since it opened SGP1, AirTrunk has seen the ‘significant’ demand that exists in the local market.

Like Digital Realty, AirTrunk has taken a stance that aligns it with the Singapore government’s efforts to put sustainability before development – or at least try to strike a reasonable balance between the two.

“We are completely aligned on the need to develop data centres in a considered manner to balance the demand for critical hyperscale data centre capacity with Singapore’s objectives including climate targets and its national development strategy,” a spokesperson for AirTrunk told Channel Asia.

From AirTrunk’s perspective, modern data centres, like its freshly launched site, are built with energy efficiency in mind and could actually represent a larger opportunity for Singapore to be more sustainable if businesses move their workloads to such infrastructure, the government’s development pause notwithstanding.

However, as noted by Smith, AirTrunk also conceded that new data centres are an essential ingredient in Singapore’s economic prosperity, meaning a way forward must be struck between ensuring sustainability goals while creating the infrastructure needed to support the market – and access to the right kind of energy production will play role.

“Building high quality data centres is a vital step to enable Singapore to continue its technology evolution to be a major Asia Pacific digital hub,” the AirTrunk spokesperson said. “The challenge in this market is the ability to access the level of clean energy required to power data centres.

“Our focus is on how we effectively leverage our scale to support and fast-track the transition to a clean energy future, including supporting Singapore’s accelerated transition to sustainable energy, scaling up the ‘Four Switches’ to transform the power grid and the ‘Green Plan’, and considering importing renewables or bringing in green hydrogen,” the spokesperson said.