The company’s cloud growth was primarily driven by growth in revenue from customers in the internet, public sector and finance industries. 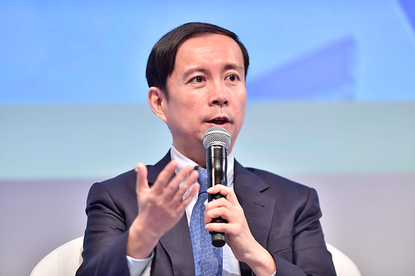 Alibaba Group’s cloud computing revenue grew by 50 per cent year-on-year in the company’s fiscal year ending 31 March 2021, despite losing a major customer in the March quarter, with the business unit pulling in over RMB60.1 billion (close to US$9.2 billion) in the 12-month period.

For context, Alibaba Group as a whole claimed revenue of RMB187.4 billion (US$28.6 billion), an increase of 64 per cent year-over-year, during the year.

The results come after the Chinese company's cloud business was ranked by analyst firm Gartner in its April 2021 report as the largest infrastructure-as-a-service (IaaS) market provider in the Asia Pacific region, and the third largest provider globally.

The company’s cloud growth was primarily driven by growth in revenue from customers in the internet, public sector and finance industries.

In the March 2021 quarter, however, cloud computing revenue grew markedly slower than the yearly rate, at 37 per cent year-over-year, to RMB16.8 billion (US$2.6 billion).

The slower revenue growth during the quarter was primarily due to revenue decline from a major, unnamed cloud customer in the internet industry, the company said.

“This customer, which has a sizeable presence outside of China that used our overseas cloud services in the past, has decided to terminate the relationship with respect to their international business due to non-product related requirements,” Alibaba told shareholders.

“Excluding this customer, Alibaba Cloud’s top 10 non-affiliated customers together accounted for no more than eight per cent of Alibaba Cloud’s total revenue in fiscal year 2021. Going forward, we believe that our cloud computing revenue will be further diversified across customers and industries,” the company said.

Despite the fourth quarter slow-down in growth, the company’s yearly cloud revenue benefited from the increasing demand for digitalisation across industries, strengthening its market leadership in China and Asia Pacific, according to Alibaba chairman and CEO Daniel Zhang.

“I am very excited about the massive potential of our cloud computing business, as the post-pandemic world is facing a massive opportunity for industrial digitisation,” Zhang said during a conference call with investors. “Cloud infrastructure will eventually replace IT infrastructure, empowering enterprises to achieve digital operations.

“As China’s industrial sector undergoes this digital transformation, manufacturers are moving toward smart manufacturing and direct-to-consumer initiatives while other traditional industries, such as retail, energy, finance and transportation, have all noticed the tremendous value and new opportunities that big data and intelligent applications could create,” he added.

Zhang said that Alibaba Cloud would work to capture this “historic opportunity” by investing in core IaaS and platform-as-a-service (PaaS) products, such as database, storage, elastic computing and big data platforms, to establish its core product competencies benchmarking against the global cloud leaders.

Alibaba Cloud also plans to further expand the integration of artificial intelligence with cloud infrastructure to provide customers with more diversified industry intelligence solutions together with our partners, Zhang noted.

According to the latest figures by analyst firm IDC, the top five companies globally in the combined IaaS, system infrastructure software-as-a-service (SISaaS) and PaaS market are AWS, Microsoft, Google, Alibaba and IBM — which together held the majority of global revenues in 2020, at 51 per cent.