Both AWS and Microsoft held 12.8 per cent each of the global revenue in the public cloud services market last year. 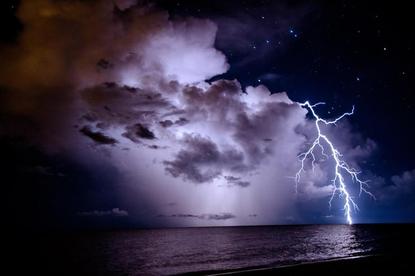 The global public cloud services market grew 34.1 per cent year over year, to US$312 billion, in 2020, with cloud giants Amazon Web Services (AWS) and Microsoft duking it out for the number one spot for revenue share.

When standing back and looking at the top five major players in the market, — Salesforce, Google and Oracle in addition to AWS and Microsoft — their combine revenue made up 38 per cent of the worldwide total, which grew 32 per cent year-on-year.

"Access to shared infrastructure, data, and application resources in public clouds played a critical role in helping organisations and individuals navigate the disruptions of the past year," said Rick Villars, group vice president for Worldwide Research at IDC.

"In the coming years, enterprises' ability to govern a growing portfolio of cloud services will be the foundation for introducing greater automation into business and IT processes while also becoming more digitally resilient."

Meanwhile, the infrastructure-as-service (IaaS) and platform-as-a-service (PaaS) segments grew at “much faster rates”, according to the firm, which in turn highlights enterprises’ needs for services to support cloud foundations.

As a result, IDC claimed the spending on these services, especially IaaS and PaaS, to keep growing at a higher rate than the overall cloud market.

"The high pace of growth in PaaS, IaaS, and SISaaS, which combined account for about half of the public cloud services market, reflects the demand for solutions that accelerate and automate the development and delivery of modern applications" said Lara Greden, research director for PaaS at IDC.

"As organisations adopt DevOps approaches and align according to value streams, we are seeing PaaS, IaaS, and SISaaS solutions become increasingly adopted and, at the same time, grow in the range of services and thus value they provide. Innovations in edge and IoT [internet of things] use cases are also contributing to the faster rates of growth in these markets."

IDC claimed the combination of IaaS, SISaaS and PaaS spending is particularly relevant, as it sets the foundational services for end customer and SaaS companies for running, modernising, building, and governing applications on shared public clouds.

In fact, the top five companies for the combined IaaS, SISaaS and PaaS market — AWS, Microsoft, Google, Alibaba, and IBM — held the majority of global revenues, at 51 per cent.

However, the firm also believes there to be a healthy long tail, representing nearly half of the market total, for companies with targeted use case-specific PaaS services or cross-cloud compute, data, or network governance services.

This long tail is considered to be even more pronounced in SaaS, according to the firm. In this case, customers are increasing their focus on specific outcomes, which IDC claims ensures that over two thirds of the spend is captures outside of the top five players.

"SaaS applications is the largest and most mature segment of public cloud with 2020 revenues of US$148 billion,” said Frank Della Rosa, IDC’s research director for SaaS and cloud software.

“Organisations across industries hastened the replacement of legacy business applications with a new breed of SaaS applications that is data-driven, intuitive, composable, and ideally suited for more distributed cloud architectures.

“Organisations looking for industry-specific applications can choose from a growing assortment of vertical applications. The SaaS apps market is dominated by a longtail of providers that account for 65 per cent of the total market."