Dell offloads Boomi for $4B

The cash transaction is expected to close by the end of 2021. 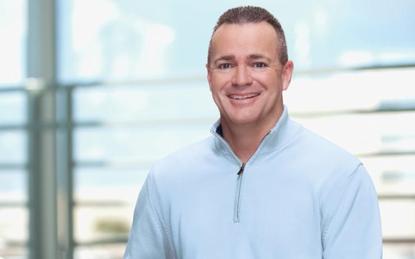 The cash transaction is expected to close by the end of 2021, subject to customary closing conditions. However, terms of the agreement have not been disclosed.

Acquired by Dell in 2010, Boomi claims more than 15,000 customers globally, along with over 800 global partners and more than 36,000 Boomi certifications worldwide.

"Boomi has flourished as part of Dell Technologies, growing exponentially since we acquired them in 2010,” said Jeff Clarke, Dell Technologies vice chairman and chief operating officer. “This proposed transaction positions Boomi for its next phase of growth and is the right move for both companies, our shared customers and partners.

“For us, we’re focused on fuelling growth by continuing to modernise our core infrastructure and PC businesses and expanding in high-priority areas including hybrid and private cloud, edge, telecom and Apex. All designed to help organisations thrive in the do-from-anywhere economy,” he added.

According to Boomi CEO Chris McNabb, by partnering with investment firms like Francisco Partners and TPG, the company is well positioned to enter its next phase of growth, with Boomi set to further advance its innovation and market trajectory while delivering more value to its customers.

“I am incredibly proud that through innovation, passion and relentless execution, the Boomi team has created a unified platform for the modern-day hybrid IT landscape that thousands of customers worldwide depend on to digitally transform their business,” McNabb said.

Brian Decker, partner at Francisco Partners, said the private equity firm strongly believes that Boomi is well positioned to help companies of all sizes turn data into their most valuable asset.

“Boomi pioneered the iPaaS category and we have tracked their growth for a number of years,” Decker said. “The ability to integrate and connect data and workflows across any combination of applications or domains is a critical business capability.”

Meanwhile, Art Heidrich and Nehal Raj, respectively principal and partner at TPG Capital, claimed that the need for automation and data integration across applications has never been greater – with Boomi well-placed to meet the growing need.

“Boomi’s cloud-native platform enables enterprises to streamline business processes and is essential for driving digital transformation,” the pair said in a joint statement. “TPG has a long history of partnering with corporate leaders like Dell Technologies to carve out and grow dynamic technology businesses.

“We look forward to working with the teams at Boomi and Francisco Partners to accelerate the company’s growth as an independent entity.”

The sale is the latest move by Dell Technologies to free up capital, with the tech giant last month flagging its decision to plough ahead with its spin-off of VMware, in which it has an 81 per cent stake.

After a comprehensive review of potential strategic options, both parties ultimately determined that such a transaction would simplify capital structures and create additional long-term enterprise value for each.

Dell Technologies said that the proposed transaction to spin off its 80.6 per cent equity ownership of the virtualisation vendor would result in two standalone companies “positioned for growth in the data era”.

It is hoped the spin-off will provide VMware with increased freedom to execute its stated vision and strategy to create a “ubiquitous software and SaaS [software-as-a-service] platform across all clouds and hardware”.

At the same time, it is anticipated the move will deliver Dell Technologies a stronger capital structure with which to further capitalise on the post-COVID-19 rebound in infrastructure and PC spend, along with new cloud operating models driving as-a-service (aaS) growth, compute moving to the edge and customers’ longer-term digital transformation initiatives.

Dell expects the spin-off to be finalised by the fourth quarter of this calendar year.