The region’s IoT market is rapidly being transformed by mega trends. 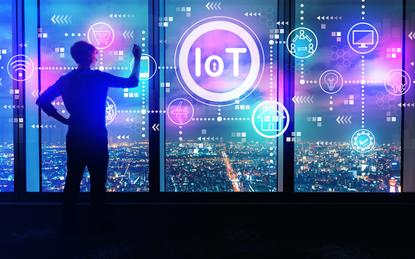 Telco services, multi-cloud and manufacturing are three areas of opportunity for technology providers as the Asia Pacific Internet of Things (IoT) market prepares to hit US$436.8 billion by 2026.

This is according to industry analyst firm Frost & Sullivan, which suggested that the region’s IoT market is rapidly being transformed by mega trends, including the integration of edge-computing networks into IoT systems and new narrow-band (NB) IoT deployments.

Frost & Sullivan’s estimated 2026 revenue figure for the APAC IoT market represents a substantial increase on the 2020 tally which, according to the analyst firm, hit US$96.9 billion. Indeed, the 2026 figure represents a compound annual growth rate (CAGR) of 28.52 per cent.

Much of this growth is expected to be driven by increased investments in 4G/LTE and 5G, reduced IoT sensor costs and government support. Government spending on smart cities alone accounts for almost a third of the region’s combined spending, followed by transportation and logistics, then manufacturing.

On the technology side, Patel said that the APAC region accounts for about 40 per cent of global Low Power Wide Area (LPWA) connections, with narrow-band IoT (NB-IoT) accounting for 97 per cent of them.

“We forecast that the rise of NB-IoT technology will benefit low-resource IoT devices penetration,” Patel noted. “NB-IoT is expected to be an integral part of IoT connectivity, addressing requirements related to low-bandwidth, low-speed connections in utilities, industries and households.”

However, opportunities for providers in the IoT space are expected to emerge as the market builds over the coming five years.

The analyst firm suggested that telecom operators are among the technology providers that will be able to capitalise on the region’s expected IoT market growth. To do this, telco vendors should extend their services portfolios by including various other services management features, like connectivity management, data security and data routing.

Moreover, Frost & Sullivan has identified multi-cloud as the ‘future' of IoT, suggesting that cloud providers should include collaborative tools that enable customers to share knowledge on a common platform.

At the same time, manufacturing and smart city initiatives also present plenty of opportunity, as long as providers are able to offer integrated IoT solutions and develop horizontal capabilities.

It seems there are at least some channel ecosystem players already getting in on the IoT market action, with global technology distributor Ingram Micro announcing in April last year it would establish global centres of excellence specific to the IoT, with increased emphasis on key verticals, services and solutions.

“The introduction of a global centre of excellence will smooth and accelerate the road-to-market for our channel partners and manufacturers specialising in IoT, and pave the way for us to share best practices, new market applications and resources globally,” Paul Bay, Ingram Micro executive vice president and president of global technology solutions, said at the time.