A new Malaysian telco powerhouse could be on the way. 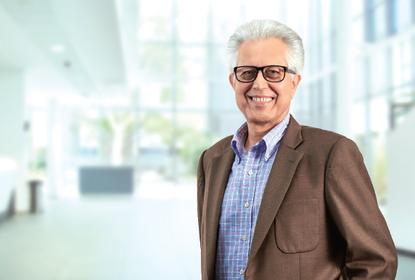 The proposed deal at the centre of the companies’ discussions will see each party have an equal ownership of 33.1 per cent of the combined entity, with the proposed company set to be a leading provider of telecommunication services in the country.

“We are exceedingly pleased to have come this far in discussing the potential merger of our Malaysian operations,” Axiata chairman Tan Sri Ghazzali Sheikh Abdul Khalid said.

“The joint creation of a true Malaysian Champion, this merger of Celcom and Digi will see the coming together of the largest mobile operator with the firepower to trigger tremendous opportunities in helping Malaysia leapfrog into the Fourth Industrial Revolution and fulfil our vision of a digitised nation,” he added.

Axiata, together with Malaysian institutional funds, will own over 51 per cent of the organisation set to be established to undertake the merger process, provisionally named ‘MergeCo’.

If the deal goes through MergeCo will be branded as Celcom Digi Berhad and will continue to be listed on Bursa Malaysia.

Given that Axiata, along with Malaysian funds, will hold a majority of the ownership in the combined group, Axiata has the right to nominate the initial chairman and CEO of MergeCo. Together with Telenor, the company has agreed to nominate Axiata president and group CEO Dato’ Izzaddin Idris as chairman.

As part of the merger transaction, Axiata will receive newly issued shares in Digi representing 33.1 percent post-transaction shareholding and cash equalisation amount of around RM2 billion, of which RM1.7 billion to come from Digi as new debt, balance of RM300 million from Telenor.

With the intent to create “the leading Malaysian telco”, MergeCo will bring together Axiata and Telenor’s Malaysian operations’ combined scale, competencies, finances and experience to generate “synergistic value for a commercially stronger and more resilient” MergeCo, which Axiata claims will be better positioned to drive the country’s transition to a high-income digital society.

It is hoped that MergeCo will be uniquely positioned to take advantage of the opportunities that come with technological advancements and the surge in the adoption of digital services.

Certainly, the combined entity will be considered a major telecommunications service provider in Malaysia in terms of value, revenue and profit, with proforma revenue of about RM12.4 billion, pre-synergy earnings before interest tax, depreciation and amortisation (EBITDA) of the combined group at approximately RM5.7 billion. The group will also claim an estimated 19 million customers.

Both organisations have flagged their commitment to protect employee welfare with no forced retrenchments. Indeed, MergeCo is expected to create opportunities for staff to continue to develop across functions, build new competence and be part of future growth of the company as it explores new technologies and innovation.

Axiata and Telenor have also agreed to the creation of a world-class innovation centre to help drive digital transformation, the development of 5G use cases and other technological advancement. Both parties will work towards finalising agreements in relation to the proposed transaction within the second quarter of 2021 following due diligence.

The transaction remains subject to approval by Celcom and Digi shareholders, receipt of regulatory approvals and other customary terms and conditions. The parties have acknowledged that there is no certainty that the discussions will result in any agreement.

“The proposed merger represents an important milestone in Telenor Group’s strategy to strengthen its Asian presence and create value in the region,” Rostrup said. “The new entity will have size and financial capabilities to support Malaysia’s digital aspirations and lead industry development in a connected society.

“We look forward to partner with Axiata to realise the potential of the new company,” he added.