For Microsoft and Apple, a reprise of all-virtual dev conferences

While the pandemic in some ways may be easing, both vendors are sticking with online-only events for developers this year. 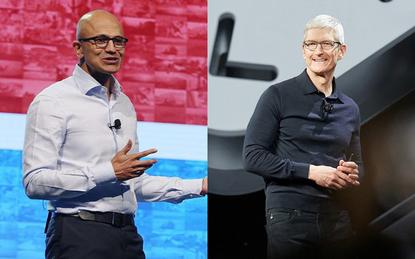 Microsoft and Apple will host their respective developer conferences — Build and Worldwide Developers Conference (WWDC) — over the next two months as all-virtual events, mimicking their confabs of 2020.

Apple was first to announce last week that WWDC will take place June 7-11, those dates in line with the vendor's usual first-full-week-of-June schedule and so several weeks earlier than last year. Meanwhile, Microsoft has now posted the dates for its Build developers conference — May 25-27 — on its company events portal.

In 2020, both companies canceled their in-person conferences because of the just-starting COVID-19 pandemic, then replaced them with all-online events. Microsoft kicked off last year's two-day Build on May 19; Apple began WWDC's five-day run on June 22.

Both conferences won accolades for, among other things, making the events accessible to much greater numbers than their physical predecessors, and for their greatly reduced or entirely eliminated fees. Of the two, Apple's WWDC was the more professionally produced.

Microsoft's events portal notice does not yet include details about next month's Build — and the Build website has not been refreshed to reflect this year's conference — but it will probably be a repeat of 2020's, which offered both pre-recorded keynotes and live-streamed sessions on numerous topics. The latter were repeated multiple times during the course of the conference and were available on-demand afterward.

Apple's 2020 WWDC was composed entirely of pre-recorded videos, and the assumption is that this year's version will use the same format. Apple did say that more information about the conference will be issued in advance of the opening day via the dedicated app, the Apple Developer website, and email.

Unless Microsoft and Apple radically change the conferences' monetary underpinnings, they will be free (in the case of Build) and available to registered developers (Apple). Anyone can register as an Apple developer, however, simply by paying the US$99 annual fee.

Interested parties should keep tabs on the events by periodically visiting their hosting websites here (Microsoft) and here (Apple).