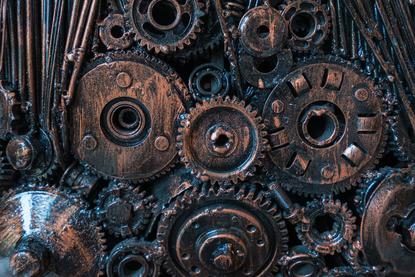 Anticipating a bright future for the Rust language in distributed systems, the Async Foundations Working Group for Rust plans to develop a vision document for asynchronous Rust, intended to make programming async I/O a pleasant experience for users of the language.

The working group announced the vision document plan on March 18, believing Rust can become a popular choice for distributed systems ranging from embedded systems to foundational cloud services. The group is focused on the implementation and design of async I/O foundations, including extensions to the language and standard library.

The ultimate goal of the vision document is to state the current situation, where things are headed, and how to get there. The initiative calls for building a shared vision for the end-to-end experience while retaining the existing loosely coupled, exploration-oriented ecosystem.

The vision document is to feature a cast of “characters,” with each tied to a particular Rust value such as performance or productivity. For each character, the document will include “status quo” stories describing challenges faced.

The stories are to be an amalgamation of actual experiences using async Rust. Once progress has been made on the status quo stories, there will be brainstorming about the future, with stories about what async Rust could look like in two or three years.

Plans entail engaging the community in async I/O effort. Status quo stories only are being collected until April 2, with status quo and “shiny future” stories to be collected until the end of April.

Interested persons can check out the status quo stories template. There is also a how-to vision page covering the entire document process. Once brainstorming is complete, working group leads will work on assembling various stories and futures into a coherent draft.

Democratising Dashboards: the single source of truth every organisation needs