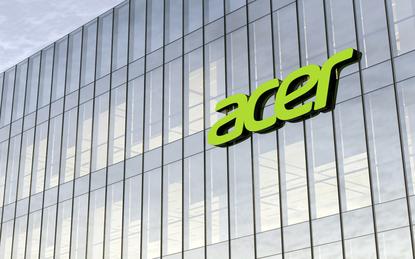 Hardware vendor Acer has allegedly been lobbed with a ransomware attack by the group known as REvil, which are demanding US$50 million to decrypt the locked data.

According to Bleeping Computer, Acer has until 28 March to pay the ransom, at which date the price will then double to US$100 million.

Additionally, the attacker group allegedly communicated with an Acer representative on 14 March, Bleeping Computer claimed, and offered a 20 per cent discount if payment was made by the following Wednesday, promising to delete the stolen files, as well as providing a decryptor and a vulnerability report.

If the attack did in fact come through an Exchange exploit, this follows claims from Microsoft earlier in March about the China-based state actor Hafnium abusing a number of vulnerabilities in on-premises versions of the software, which include CVE-2021-26855, CVE-2021-26857, CVE-2021-26858 and CVE-2021-27065.

According to Microsoft, the recent Exchange attack chain begins with an actor gaining access to an Exchange Server, either with stolen passwords or with the vulnerabilities, to appear as someone with appropriate access.

Next, the actor creates a web shell to control the compromised server remotely. It then uses that access, through US-based private servers, to steal data.

In response to the Exchange exploits, Microsoft has released various patches and scripts to mitigate against the vulnerabilities.

REvil also allegedly warned Acer "to not repeat the fate of the SolarWind", Bleeping Computer claimed, which potentially refers to the attacks that compromised SolarWinds infrastructure and its Orion platform in December 2020.

While Acer did not answer questions related to how the ransomware attack occurred and what steps it is taking to rectify the issue, a spokesperson directed ARN  to its company statement, which claims it has "reported recent abnormal situations observed to the relevant law enforcement and data protection authorities in multiple countries".

"We have been continuously enhancing our cyber security infrastructure to protect business continuity and our information integrity. We urge all companies and organisations to adhere to cyber security disciplines and best practices, and be vigilant to any network activity abnormalities," the spokesperson said.

The vendor also claimed it routinely monitors its IT systems, and it defends itself against most cyber attacks.